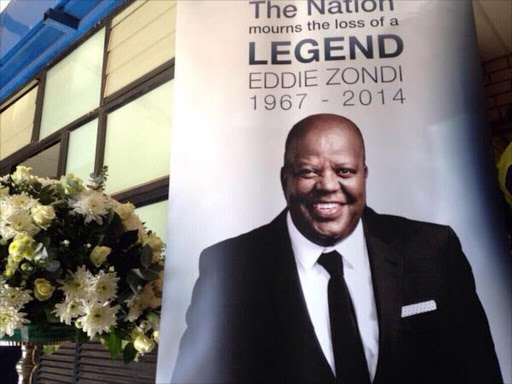 Friends and family gathered to pay tribute to Eddie Zondi.

Dignitaries and celebrities descended on the Standard Bank arena this morning to celebrate Zondi’s life.

Zondi died on Monday after complaining of chest pains.

His friend and colleague Wilson B Nkosi is quoted as saying in the service: " I often used to say Eddie has a big heart, and that very same heart failed me, it killed my friend."

Zondi was taken to hospital from his Johannesburg home after complaining of chest pains but was pronounced dead on arrival.

He was pronounced dead on arrival.

He is survived by his wife Phakamile Zondi.

His funeral service will be held at the University of Johannesburg’s Soweto campus on Sunday and the burial will be at Avalon Cemetery.