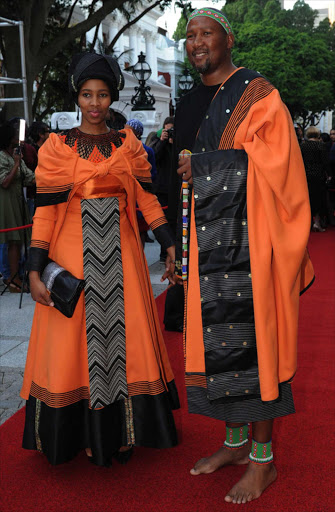 Mandla Mandela and his wife on the red Picture: GCIS

The parliamentary precinct was a sea of colour as MPs started arriving ahead of President Jacob Zuma's state-of-the-nation address.

Fur and feathers were popular among MPs.

Instead of posing for the hoards of frustrated photographers gathered outside the Old Assembly building, many MPs simply walked past.

Deputy Minister Stella Ndabeni-Abrahams and her husband Thato arrive for the 2014 State of The Nation Address.

Sbusiso Radebe, ANC MP, was dressed in an Arabic-styled white robe and head dress, and finally stopped after being hailed by journalists.

Maynumuna Barry from the Embassy of Guinea

Deputy Minister of Agriculture, Forestry and Fisheries Bheki Cele and his wife

Former Deputy President Kgalema Motlanthe with his wife Gugu Mtshali during the State of the Nation Address.