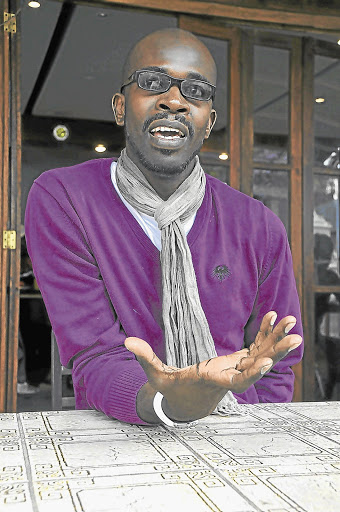 A FREE State woman is demanding R100000 from DJ Black Coffee after stumbling on a sex video of him and his nyatsi.

Sunday World can exclusively reveal that Lerato Motseke was arrested by the Hawks in Midrand on Wednesday for extortion, after threatening to leak the clip showing the award-winning musician bonking one of his fans.

A police officer, who cannot be named because he is not allowed to speak to the media, said Motseke (23) downloaded the clip from a phone belonging to Black Coffee's concubine at a restaurant in Welkom.

Black Coffee's side dish allegedly left her cellphone with Motseke briefly, to go to the ladies'.

After downloading the clip, Motseke took down the DJ's cellphone number.

Motseke then phoned Black Coffee after a few days and demanded that he pay her R100000 to buy her silence.

She threatened to leak the video on social media if he did not.

The shell-shocked Black Coffee, currently on a tour in the UK, then allegedly pleaded with the woman not to leak the clip.

"He promised to settle the outstanding R10000 upon his return from the UK," said the officer.

He asked her to collect the money from his manager, Fakazi "Amaru" Muziwenkosi .

Muziwenkosi then allegedly phoned Motseke and asked her to come to Joburg to collect the loot.

"He asked her to meet him at the Spar supermarket in Vorna Valley, Midrand," said the police source.

Another policeman said Muziwenkosi and Black Coffee tipped off the Hawks that Motseke was extorting money from them.

The two then allegedly arranged with the Hawks to pounce on Motseke when they handed her the stash of Madibas.

The officer said Muziwenkosi arrived at the supermarket, gave the moola to Motseke and walked back to his car.

The Hawks pounced on Motseke as she was about to leave with her pelf and nabbed her.

Hawks spokesman Captain Paul Ramaloko confirmed that Motseke was arrested for extortion and was denied bail when she appeared in the Midrand Magistrate's Court on Thursday.

She will appear again in court this week for a formal bail hearing.

Ramaloko said Black Coffee's paramour, whose name remained a mystery at the time of publication, told the police in her affidavit that Motseke downloaded the self-made blue movie to her phone and used it to extort money from the musician.

"However, our investigations will seek to establish if she did not connive with Motseke to extort the money from the complainant," he said.

READ MORE IN THE SUNDAY WORLD