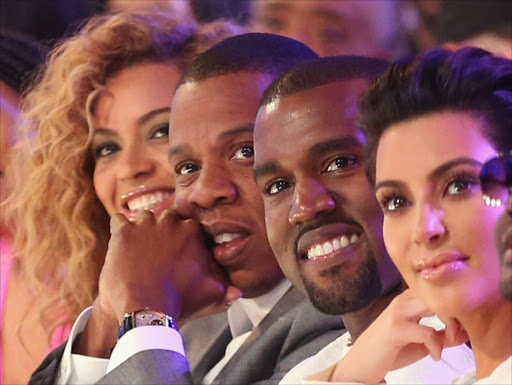 The rap mogul has reportedly told his close friend that he, wife Beyonce Knowles, and their two-year-old daughter Blue Ivy will miss the nuptials - which are expected to take place in Paris next month - because they are uneasy about the fact the celebrations will be filmed for the brunette beauty's reality show 'Keeping Up with the Kardashians'.

However, to make things up to the 'Bound 2' star - who has 10-month-old daughter North with Kim - Jay will throw him a lavish bachelor party at his New York club 40/40, and is also planning to spend £100,000 on the couple's honeymoon as a wedding gift.

A source told The Sun newspaper: ''Jay-Z would be there if it wasn't going to be such a public event.

''Instead he's making it up to his mate by throwing him the most extravagant bachelor party known to man.

It was previously claimed that Kim and Kanye were so keen for Jay and Beyonce to be at their wedding, they had agreed to exempt the couple from their strict security arrangements.

A source previously said: ''There is no way Kanye would ever even dare to ask Jay or Beyonce to sign a non-disclosure agreement, or take away their cell phones. He knows that neither one of them would betray his trust.''