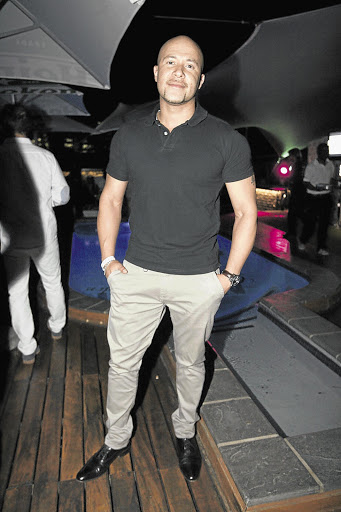 THOSE who love e.tv's Scandal! and are fans of Clint Brink must prepare themselves for a farewell party.

Brink, whose character is being phased out of the popular soapie, has joined the cast of Rockville . Season two starts on DStv's Mzansi Magic at 8pm next Sunday .

In preparation for his new bad boy character, Trevor Jones, Brink had to gain 8kg and muscle.

When commenting about his Scandal! days, Brink said he had started to feel complacent.

He became bored with his Tino Martins character, which was not developing, and the storyline was getting thinner than the paper it was written on.

"My role has diminished after seven years in the soapie.

"But because Tino owns the media building, the character is mentioned from time to time. So there is still room for me to be on screen every now and again, but not often," he said.

Brink has no beef with anyone at e.tv and agreed with the writers that Tino couldn't grow any further.

"Look, many people will tell you that being in a soapie is like being in a retirement village.

"But I'm grateful for the years they gave me. I was disciplined and received four Safta nominations.

"When I was told I would no longer be a principal actor, I wasn't angry. It was an opportunity for me to reinvent myself."

Shona Ferguson approached him during Rockville 's first season, but he wasn't ready at the time.

"Being away from Scandal! allowed me to focus on other things, such as gym and my music.

"It also gave me time to reflect as an actor - and what I want to do with my craft.

"I then called up Shona and told him I'm ready," he said.

Brink is loving the vibe and excitement on set.

"I'm working with one of my best friends and mentors [Ferguson]. I've also worked with Connie on Generations.

"But we have all grown and they have created something amazing.

"I love that there is no hierarchy structure and no one feels they are better than anyone else," said Brink.

He said Trevor is mean, but nothing like the tsotsis on the Cape Flats.

His dangerous streak is disguised by a sexy and stylish wardrobe, refined palate and charming personality.

"I picked up weight and put in extra time at the gym, just to make the character look meaner and more believable," said Brink.

He has also grown a beard.

"For the first time, I get to play a dark character. It's so far from the usual good guys I've done over the years," he said, referring to his roles on Scandal!, Backstage and Generations.

"I'm super excited to be the suave villain. the manipulative guy who is super intelligent. I haven't been this excited about anything for a long time," said Brink.

Another new face joining the Rockville cast is all-round entertainer Masego "Maps" Maponyane, who plays the role of TK.

The executive producers of the show, entertainment power couple Connie and Shona Ferguson, promise an edgier season than the first one, which received rave reviews.

In a press statement, the couple said: "We are very excited about the second season.

"We were inspired by the positive response we got from season one and pushed the boundaries to deliver an even better season.

"Each episode will keep the audience wanting more."