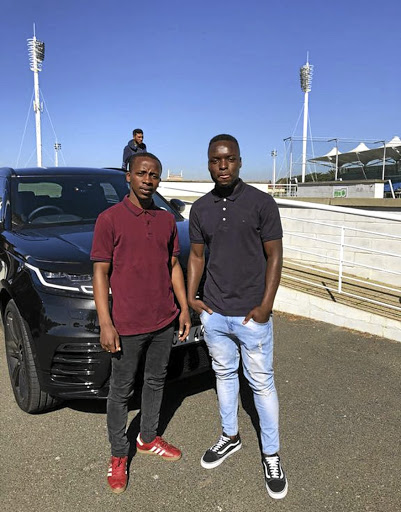 Nodada, 23, has established himself as one of the key players for City. Last season he was voted as the Cape side's player of the season.

Barely four matches into the new campaign, the lad from Ixopo, KwaZulu-Natal, had already bagged two man of the match accolades. A candid Nodada admits that, sporadically, fame goes to his head.

"It's overwhelming. Sometimes it [fame] goes to my head but being close to senior players like Aubrey Ngoma, Lebogang Manyama and Lehlohonolo Majoro helps me," said Nodada.

"They tell me to stay humble and focused. Without them, I wouldn't have managed to remain grounded."

Dean Furman: Life is great in SA for newlyweds

Nodada burst onto the top-flight scene in 2016 at now-defunct Black Aces, who sold their Premiership status to City. He remained at the club when they relocated to the Mother City.

The midfielder is good friends with US-born teammate, Nana Akosah-Bempah, with whom he shares a room.

Nodada also has a cousin who studies at Stellenbosch University and they regularly spend time together.

"I spend most of my spare time indoors with Nana enjoying PlayStation games. Cape Town is beautiful, so we have many options such as beaches and hiking," he said.

Nodada is a tertiary institution dropout. His football career in 2016 came at a price as he had to abandon his BCom finance degree at the University of Johannesburg (UJ).

"When I started playing professionally in 2014 I was doing my first year at UJ. The following year I signed a first team contract in June. Initially, I could juggle football and my studies because I was not a regular in the team," he said

"In my third year I found it difficult to balance the two. I would play on a Tuesday and write a test on Wednesday morning. I decided to drop out. But I will finish the remaining year soon," he said.

New Sundowns winger is flying solo since relocating to hustle and bustle in Gauteng.
Lifestyle
3 years ago
Next Article