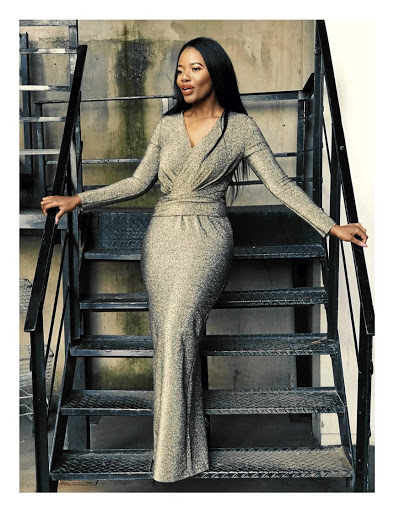 SABC1's youthful talk show Daily Thetha's new presenter, Nicolette Mashile, is the epitome of beauty with brains as she equally juggles demanding passions that include the entertainment scene and crunching numbers.

Hailing from Bushbuckridge, Mpumalanga, but often mistaken for being Xhosa or Zulu, she quickly sets the record straight that Ke mo Pulana nna, which means that she is from the MaPulana tribe.

She takes us back to her childhood days spent in boarding school in Nelspruit. Mashile recalls how at the school she and her sister were isolated as they could not speak English or Siswati.

She says she is grateful of her parents who made the ultimate sacrifice to get them a good education, and that she grew up under her sister Bridget's wing and several Koshuistannies during boarding school days.

"My sister basically brought me up," she says, while recalling how young and vulnerable she was that she even used to wet the bed.

Award-winning actress Terry Pheto says she immediately accepted when the director contacted her to star in the new movie‚ Faces.
Entertainment
3 years ago

Her parents taught her very valuable lessons that she says she still lives by to this day.

"My mother taught us to respect everyone, regardless of their position in life. Dad taught me to be a mentor and to give back."

However, her parents were so strict that when she joined Rhodes University in Grahamstown, she did not know how to handle the freedom because she had been used to being "sheltered". She went wild.

The then 17-year-old was briefly diagnosed with depression, she struggled academically and couldn't cope with her new environment.

She said her father made sure she had everything that she needed but she abused the opportunity . At times she would even pocket the textbook money.

"I think I was not prepared. I got there and I let go of every fear that I had. Rhodes overtook me."

The overachiever dropped out of Rhodes and moved in with her sister, who had to take out a loan to help her go to a sports academy where she did exceptionally well.

"I was not trying to do another degree," she said.

She later moved to Johannesburg and now she holds a national diploma in sports management, a BA in human and social studies majoring in communications, an Honours degree in organisational communication, plus a post-graduate diploma in business administration.

Mashile is an entrepreneur and a media personality who is passionate about finance and socioeconomic issues. She is the founder of a financial education initiative called Financial Fitness Bunnies as well as a media-buying and brand activations agency called Bunch of Winnaz.

Moving to the youthful Daily Thetha came as a pleasant surprise after she had filled in for the former presenter, Tumelo Mothotoane, in November last year. She e-mailed the producers jokingly asking: "When are you going to make me a presenter?"

They then responded, asking her to come in for an audition. "The process was hard, I went in for about four times," she recalls.

Prior to Daily Thetha, Mashile had three years of community television experience.

"When they settled for me it was the biggest shock of my life. It was absolutely amazing for me. It has its own challenges but it's great."

Cele has been racking up accolades througout her long career.
News
3 years ago
Next Article