Terry Pheto reveals some of her many faces 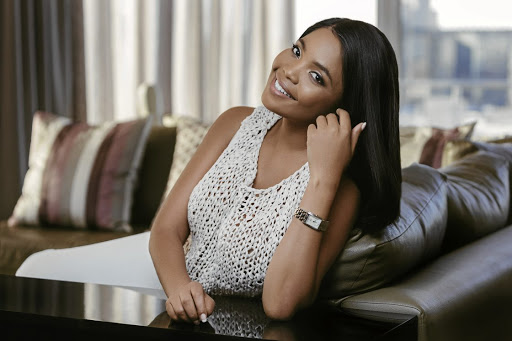 The beautiful Terry Pheto in the lead role in yet another international film, Faces, which premiered exclusively at the Durban International Film Festival on Sunday.

The film is directed by British-Nigerian Joseph Adejuwon Adesunloy and stars Aki Omoshaybi and Mattieu Charneau.

It's a multi-narrative with four interlinking story lines: a stale marriage where they hope pregnancy will change things for the better; a gay couple who fall apart after infidelity; a young woman with money problems; and estranged friends.

"I'm grateful for the opportunity to travel and work with people from all over the world, the experience is always different," Pheto says.

Even after 15 years in the industry, she is still as inspired and as eager to work on new projects as she was when she appeared on the 2005 Oscar-winning feature film, Tsotsi.

That film launched Pheto's acting career and she acknowledges that.

The award-winning actress and entrepreneur says that she has no winning formula.

"As long as we're focused, nothing is impossible," she says. "I try to remain dedicated to my work and I constantly challenge myself.

I want to do more and learn more because storytelling is a universal language." She adds that though she has grown, she hasn't changed much.

Sharing some personal facts about herself, she says she doesn't use a pillow when she sleeps, she is a rather good cook - "Masterchef good" - and that she's a closet hairstylist.

"In high school, I braided people's hair to make extra money." She is also rather entrepreneurial, having launched a toy store that sells educational toys with her best friend and fellow actress, Mampho Brescia, last year.

Pheto is also working on a few other projects.

Without revealing too much, she mentioned that her production company, Leading Lady Productions, will premiere a short international film before the end of the year.

The film is being shot in Los Angeles, in the US, and she is the executive producer.

Award-winning actress Terry Pheto says she immediately accepted when the director contacted her to star in the new movie‚ Faces.
Entertainment
3 years ago
Next Article