Long road to stardom pays off for Sjava 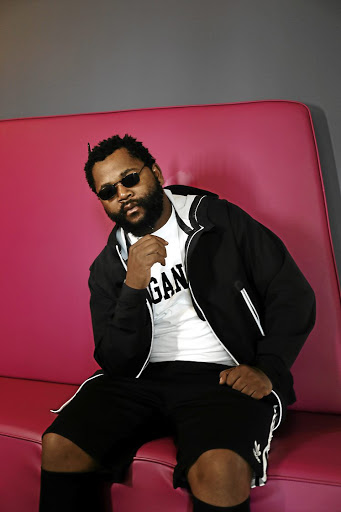 From the rural poverty- stricken mud huts of Bergville, Kwa-Zulu Natal, to the red carpets of Los Angeles and winning a BET Award, Sjava is still as humble as he was growing up in Bergville.

The South African rapper proved that when he walked barefoot on stage in his Zulu attire to collect his award on Sunday night.

"I really felt amazing being nominated," he says.

Sjava says although the nomination was an incredible honour, he did not expect it so soon, considering that he only has one album out.

He credits his supporters and fans for his BET viewers' choice award win. "It means a lot for my fans to know that whoever they believe in and stand by, there can be positive results. It's for them to know that they've had a contribution in my growth," he says.

The star arrived on Wednesday morning at OR Tambo International Airport to a welcome he never anticipated.

Fans and media gathered at the international arrivals terminal waiting for him.

Sjava and Cassper Nyovest interpreted being African differently at the recent BET awards.
Opinion
4 years ago

"It was so great seeing everyone who came to welcome me back home ... my friends, my family, my supporters. It's a huge thing and it's so encouraging. I did not expect it and I personally did not want to make a big deal out of it, but I realised that it was not just about me, but the people who are proud of me. To come home to that was a great feeling," he says.

Although breaking into the industry took him over a decade, he has no regrets.

"I'm glad it took forever for me to make it because I don't think my music would have been mature enough. The longer it took, the more my art got better because I have realised over the years that it's important to perfect your craft. We always rush into releasing and being successful, only to find that we are not strong enough mentally, physically or otherwise. My life is like a testimony, God knew; he had plans about me and for me," the 34-year-old artist says.

After winning his Metro FM music award for best produced album last year, he went to the taxi rank where his mother worked to show all the "malumes" that he'd won.

He said he did that to bring hope where he grew up, where nothing great ever happens.

"I'm going to take my BET award to them. They can't wait because they've been saying that they are waiting for it so they can bless it," he giggles.

One of his greatest inspirations is his mother, who raised him alone.

"My mom is really happy and proud of her son. I think every parent wants to see their child succeed. For a single parent, it's a huge thing for her to know that she's done well because it's not easy raising a man - even 2PAC said it. She's proud and I'm happy about that," he says.

There were plenty of musicians nominated in his category and he recognises them, saying that perhaps what set him apart was "taking pride in your culture, where you come from because as an artist it's not just about you, you're a representer. I don't think I would've been nominated if I tried to be like them."

Music is not the only talent Sjava has - he was also once an actor. His first acting role, he says, was by mistake.

He went to deliver a mixtape for what he thought was the return of Yizo Yizo, but he ended up auditioning for a part on SABC1 drama series Zone 14 and got it.

Sjava made a proudly South African statement as he collected his gong in his Zulu warrior-style attire.
Entertainment
4 years ago
Next Article