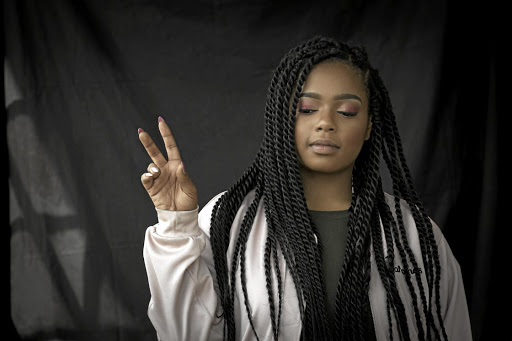 Shekhinah Donnell is the first female ever to receive six Sama nominations from her debut album Rose Gold.
Image: Supplied

Idols SA judge Randall Abrahams predicted back in 2011 that Shekhinah Donnell would be a star.

Fast forward to 2018, Shekhinah has become the first female ever to receive six Sama nominations. She was only 16 when she entered the Idols audition room, singing Valerie by now late Amy Winehouse.

Abrahams asked her for a hug and said she was great while fellow judge, Gareth Cliff, wished she was fast-tracked to the top 10.

She entered Idols twice and after reaching the top 10 she lost out to gospel star Khaya Mthethwa as she finished in the top six.

Today she reigns supreme as an international sensation. And this happened even before she released her debut album Rose Gold.

Shekhinah says they hit the ground running in September last year and, by October, the album was out.

The album has earned her a spot in the Female, Newcomer, Best Produced and Best Pop Album of the year for Rose Gold and also Record of the Year for the hit single Suited.

"It's still so surreal. I never expected this so soon even though I worked extra hard on this album," she says.

Before the popular track, Suited, which was inspired by fashion designer boyfriend Lungelo Xulu she gave SA Back to the Beach and Let you Know featuring another "failed Idol", Kyle Deutsch. The song catapulted both of them to fame.

This resulted in a string of hit singles, including being featured on DJ Black Coffee's track, Your Eyes and Breathing with Johnny Clegg's son, Jesse.

But the jewel that is this album was inevitable.

"I wanted to be known for who I am. To give my own truth and tell my own story."

The subject matter is rich and mature and it's solely written by the 23-year-old who says she has matured and learnt many valuable lessons over the last few years.

Abandoned at birth at Addington Hospital in Durban, she was adopted as a baby by Phil Donell and his wife. Shekhinah spoke often times how they showered her with unwavering love.

She also credits her father with her passion for music. She sings about fulfilling a higher purpose and says she was trying to pour everything that is love into this album.

"Never in my dreams did I think I will receive so many nominations. I am grateful to be in categories where other phenomenal people have been nominated," she says.

She has since had the Suited song remixed and features Nigerian star Mr Eazi.

"The world is my oyster and there's a demand for these songs in the rest of the continent and the world. So we play with sounds and lyrics and make it work for audiences worldwide. The result has been phenomenal."

Despite her exposure on Idols and her immediate success in the industry, she felt determined to educate herself in the field and enrolled for an Arts and Live Performance degree at Afda. She graduated last year. "I felt it was important not to be undermined as a female in the industry."

Not one too shy to express her thoughts, this diva also has a unique fashion style among her peers .

She will be looking to her neighbour, friend and fashion designer Matte Nolin to dress her for the big night next weekend. Like her music, she says she wants her attire to make a statement.

"I am quite feminine, but I often throw in the male touch or androgynous look. And I must have a huge piece of jewellery - maybe because as a child I always loved and admired jewellery. I must always have a statement piece."

That Somizi reign just won’t let up.
Entertainment
4 years ago
Next Article