Nakhane shutting out the hate 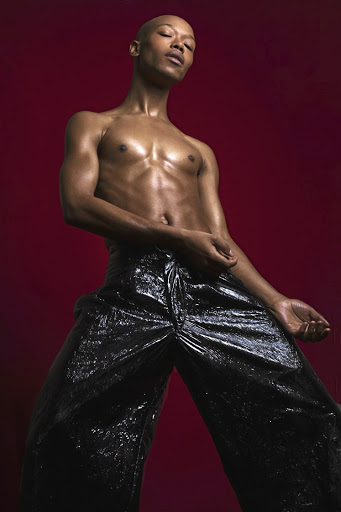 The star of Inxeba, Nakhane, also made us dance to Black Coffee's We Dance Again. The 30-year-old who released his second album You Will Not Die on Friday, is an equally talented musician as an actor.

In fact, he was sought after for his musical skills to do the scoring for the film. He, however, became the lead actor of a film that almost cost him his life. Yet he is still extremely proud of Inxeba.

"Initially, when John Trengove contacted me, he had asked me if I was interested in scoring the film," says Nakhane.

"As far as I know, this was in the beginning stages of the film. There was a script, but it was still to go through many stages. I was excited, and so we met. A few weeks later he contacted me again, asking if I would be interested in auditioning for the role of Xolani.

"Initially, I was skeptical as I hadn't acted in years. He said: 'Well, if you're not good, we just won't cast you'.

"Since I love a challenge and am very competitive by nature, I took those words as some sort of challenge. I prepared for the audition and, to cut a long story short, got the part," Nakhane says.

Critics vow to carry on fight against movie.
Entertainment
3 years ago

However, the film's controversial nature and calls for it to be banned by many saw him receiving death threats.

"I see no reason why I should give those people who threatened me, and their hatred space [for] more advertising. For my own mental health, I don't want to go back to that place," Nakhane says.

"Also, reclassifying the film is bigotry. And it's slightly comical. It's people who will go to any lengths to make sure that marginalised people remain marginalised. I don't have anything else to say about it. It was unlawful to X-rate it. It was and it forever will be very suspicious," Nakhane says.

He would gladly accept the role again as it will be important for years to come.

"I'm not only proud of what it achieved artistically, but what it achieved in creating a conversation in the country. Yes, some of it got out of hand, but at least things that were not reaching mainstream culture were now being talked about.

"What, really, is it that is so controversial about it? Because from where I'm standing, there's nothing. No sacred secrets are revealed. Is it the homoerotic love story that makes it controversial?" he asks.

His album You Will Not Die is a diverse and emotionally charged body of work, documenting the joys, pain, confusion and hope he experienced in recent years.

Born in Alice, Nakhane grew up in Port Elizabeth in a deeply religious community.

His upbringing ignited his love of music and unlocked his flair for performance. But, he says, it also taught him shame, which has proved difficult to rid himself of.

"When I was Christian and prayed to God every day, I had only hatred for myself. Every day of my life, I was doing all I possibly could to be like everyone else, to be heterosexual. I was even convinced I would be able to 'heal' my homosexuality. I was living in constant fear; controlling myself at all times."

Nakhane now resides in the UK and is proudly gay.

"I'm an apostate. I left the church. I left Christianity. Having said that, and having many family members who are practicing Christians, my relationship with people who do practice Christianity is one of empathy, love and respect.

"People need to do what they need to do (as long as they're not hurting anyone) to survive this difficult life," says Nakhane.

"I moved because of my job. I'm signed to BMG France, that's my home label, and the album is distributed to other countries by either BMG or other labels. In SA, it is distributed by Warner.

"Being based in London makes it easier to tour Europe and for me to do promotions. Having moved around a lot, and being someone who prefers to stay indoors, and someone who doesn't make many friends, I feel like all cities are really the same," he says.

Nakhane credits the women in his family for helping him discover his talents.

"The women in my family all sang in choirs. And most of them were classically trained opera singers. This is where I understood and realised the existence of music and its power, [through] 60 voices in a room.

"When I started primary school and instruments were available, I played everything that I was allowed to touch."

About his album, he says: "I spent four years writing this album. So it goes without saying that a lot of work went into it. Songs were written 10 to 15 times before they made the grade.

"Brave Confusion [his debut album] was about that particular moment in my life, whereas You Will Not Die looks a bit further back: to my childhood, to the church I was raised and baptised in, to family, to people I was angry with for a long time, and finally to love," he says.