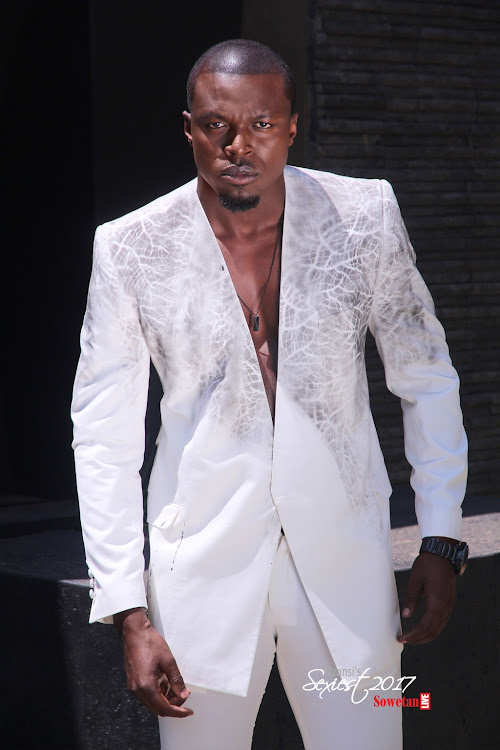 The new stud of 7de Laan doesn't speak much Afrikaans but, wow, his body language is superb.

Even so, Nicholas "Nick Soul" Nkuna was put through more than four screenings to get the role of Fikani Chauke.

"I went for a tough screening process with plenty of other incredible actors, probably more than four screenings .

"Yeah, and the rest is history," said the actor who is better known as Nick Soul.

He played Sakhile on the SABC1 youth soapie Skeem Saam but moved onto the Afrikaans soapie recently and has a tutor who teaches him the language.

The 29-year-old was born in Malelane (Schoemansdal), Mpumalanga, and is one of the better soulful singers SA has seen in a while.

He is right up there with the likes of Neo, Usher and Trey Songz.

Nkuna said the stage name was adopted simply because, "basically there's no nick without the soul".

The Uzalo actor is joined by radio presenters TBose and Naked DJ.
Lifestyle
4 years ago

He explained that it comes from the soulful stories he tells in his theatre productions.

"Most importantly, I'm just an honest person who believes in everything honest," he said.

His album, Therapy, dropped nationwide and on online music platforms this week

He said the inspiration for it was the result of the heartbreak he experienced while travelling overseas with TheLion King cast.

"I've never really wanted to hide the fact that I was heartbroken when I was travelling.

"When we ended things, this album was a healing gift from me to the world. It's almost like an actual therapy itself. When you listen to it, you get the beautiful idea of finding love, having challenges, losing it, moving on and learning to love again."

Loyiso Bala has taken a stand against radio and TV stations.
Shwashwi
4 years ago

With two equal talents, music was discovered first and, after having studied at Tshwane University of Technology (TUT), he wanted to venture into acting.

He also holds a national diploma in musical theatre and was selected to attend Ball State University in Indiana, US, in his third year as part of an exchange student programme to hone his skills.

Two years ago he was a finalist in BET's Top Actor SA.

He has also performed in theatre productions including Dream Girls, Shaka Zulu the Musical and played Simba in The Lion King for the UK tour.

"I love both these professions. It's like I can't survive without them," said the man with two new musicals in the pipeline.

Age is irrelevant - you don't have to be a teenager to play one on TV.
Entertainment
4 years ago
Next Article