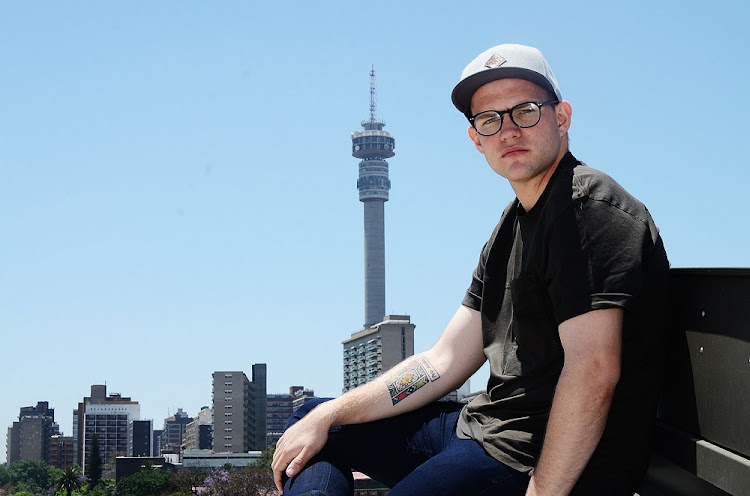 The new "It" boy on the music scene has to be Dominic Neill.

Some have dubbed him the J'Something reincarnate - whose hypnotic love beats make one crave for more.

In a class of his own, one thing is certain about this Joburg white boy with a black soul - he is anything but a one-hit wonder.

Popular for his dance hit, I Love You Still, he has finally dropped the complete album titled Out of My League.

Lady Zamar features on a track called Taken by You - which is fast becoming a festive anthem.

Neill reveals that inspiration behind his latest album is love. Ironically, he is currently not in a relationship. The album was released in July.

"It wasn't meant to be a full-blown album, but just an EP. One thing led to another and here we are," he says.

It tells the journey of finding love and then love falling apart.

"I love writing about love because there are so many scenarios that occur.

"People are at their happiest when they are in love and at their saddest [when] they fall out of love. Those emotions are so powerful. I don't think I'll ever stop writing about it," he says.

Neill was waiting tables at a restaurant when he bumped into former Idols star Graeme Watkins and his wife.

"They were [at] my table for the night. I had to let him know that I play music too, I finally worked up the courage and was invited to play for him at the studio," says Neill.

Watkins was blown away and advised him to give the Idols competition a shot. The 25-year-old made it to the Top 10 of the popular show in 2012. This was the same year Shekhinah Donnell was part of the show. "We always say we were the best."

He obtained his honours degree in marketing at Boston Media House. But music was always central in his life from a very young age.

It was while working for an artist management company that Neill was given a chance to push his music. Through a lot of meetings with Universal for other artists, Neill wanted to get back into the writing space.

"That's when I wrote my first single Better Day. Two weeks later they signed it and that was my first wholesome taste of the industry," he says.

Neill was signed to Universal as a song writer and had a stack of material in his archives.

"DJ Kent was in the universal offices for some reason and he was looking for another song. He just couldn't find song writers that worked for what he wanted. Universal sent him a whole file of my stuff and in there was a song called 'Who says', Kent heard it and the next day we were in studio."

Neill was sitting on this song three years before it was discovered. It was renamed to Love You Still, one of 2016's biggest songs.

Walking into the interview room at Tiso Blackstar offices‚ Jub Jub wore dark shades and spoke quietly on his phone. Having watched most of his other ...
Entertainment
4 years ago
Next Article