Morrison was unflinching in her political views and insights 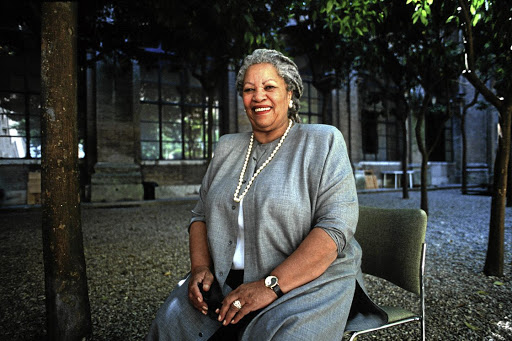 American novelist Toni Morrison has died at the age of 88.
Image: INPRA

The peerless novelist and cultural commentator Toni Morrison, who died aged 88, never accepted the received wisdom about anything.

In a writing career that spanned half a century - from the appearance of the first of her 11 novels, The Bluest Eye, in 1970, to that of her last essay collection, Mouth Full of Blood, in February - she unfailingly cast in new light both aspects of human experience and moments in US history that, in our complacency, we thought we already knew.

Morrison was born (as Chloe Wofford) in the depressed Rustbelt town of Lorain, Ohio, to a family of modest financial means and rich cultural and emotional resources.

She completed her MA in English at Cornell in 1955 and, after various teaching and publishing jobs, became a trade editor for Random House in 1968.

Here, in the New York office, she reshaped the American literary scene by actively seeking out and promoting the fiction of black authors such as Toni Cade Bambara, Leon Forrest and Gayl Jones. She also edited the autobiographies of Angela Davis and Muhammad Ali.

Morrison was able to focus full time on her writing after the resounding success of her third novel, Song of Solomon, in 1977. Reputed to be one of Barack Obama's favourite books, this text - which focused on the Civil Rights era of the 1950s and 1960s - is typically Morrisonian in its mock-heroic blending of the Bildungsroman (conventions about an individual's progression to knowledge through experience), with classical epic paradigms, West African myth and African-American folkloric wisdom.

It is notably untypical, at the same time, in its focus on a male protagonist (the strangely named Milkman Dead - names and naming were always all-important to Morrison), and on friendships and family ties between men.

The novel for which Morrison is best known, Beloved, was to follow in 1987 and next came her arguably underrated masterpiece, Jazz (1992).

Each of these continues the intense focus on individuals that both society and history have spurned or overlooked. Morrison has called these the "disremembered and unaccounted for" that she initiated with her examination of the interior life of the abused "ugly" black girl, Pecola Breedlove, in The Bluest Eye.

Both the exploration of an infanticidal, formerly enslaved mother's quest for atonement in Beloved and the depiction in Jazz of the struggles and triumphs of a middle-aged couple, migrants from rural Virginia, in 1920s Harlem, epitomise Morrison at her uncanny best. Her work is unflinching in her attention to the brutal realities of innumerable black lives and attends equally to their creative resilience - combining a broad historical sweep with an intimate knowledge of the individual human psyche.

Morrison was awarded the Nobel prize for literature in 1993 and numerous other awards and accolades have followed. She is read, studied and revered in numerous languages all over the world. But our sense of loss at her passing should not blind us to the fact that for far too long she was at once a celebrity and insufficiently acknowledged - particularly in the more conservative wings of academia and the media - as a figure of universal (as opposed to "minority") significance.

Even now, there persists some resistance to including her work on "high literary" syllabi. She once observed wryly, at a book reading, that she was taught in the African-American studies departments, in sociology and even in law faculties, but rarely in the English departments of elite universities.

There continues to be a failure to recognise the extent of her contribution to intellectual history that both her fiction and her essays constitute.

Her reclaiming of modernism as primarily a black experience, as well as her insistence that any distinction between the aesthetic and the political is a false dichotomy, and her illuminations of the way colonialism and imperialism fabricated African culture and history as irrelevant, are among her greatest legacies.

Morrison herself was acutely aware of the complex and sometimes insidious nature of her reception, repeatedly addressing this in interviews and comment pieces. She frequently mentioned the initial New York Times review of Sula, for example, which implied that such a powerful writer ought really to focus her attention on something more important than the lives of black women in the Midwest.

In a 1983 interview with literary critic Nellie McKay, she famously insisted that she was "not like James Joyce, not like Thomas Hardy, not like Faulkner". Such comparisons, she believed, obscured her specific commitment to black politics and aesthetics.

Never resting on her laurels she remained profoundly alert to the way her books and essays were read, (mis)understood and (mis)represented.

In her role as public intellectual and fearless social commentator, she was prescient about the racist violence that precipitated the Black Lives Matter movement and prophetic about the regressions the Trump era has entailed.

Morrison was clear that the power and the responsibility for making the world a better place lies with the readers and thinkers who have so much work still to do.