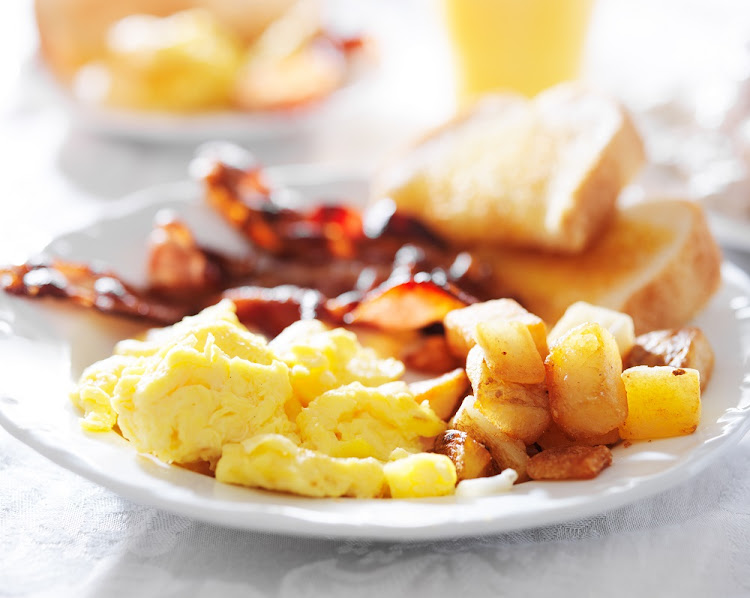 I sat down with a scientist friend after noon for a lunch time appointment at a well-known eatery recently. While I scoured the menu for a lunch meal, he ordered from the breakfast offering, which left the waitress befuddled.

She explained that the items listed in the breakfast category - bacon, eggs benedict and pancake - were only served in the morning.

My friend was having none of that and he quickly retorted that since this was to be his first meal of the day, it was technically his breakfast and he was entitled to his choice.

The waitress had no choice but to comply. I went for the typical heavy lunch with a customary huge chunk of steak.

My friend told me that he ate one meal a day and this was enough to sustain his body for 24 hours. Breakfast, he opined, was not the most important meal of the day, as is often drummed into our heads. Any first meal of the day qualified as breaking the fast.

According to him, it is a myth that human beings need three meals a day and it was a croc cooked up by the food industry to shore up profits.

For instance, prehistoric man often went for days without food. Back then, before food was processed and traded, the hunter-gatherers and their tribes went for long periods without food while tracking animals.

Only when an animal was caught could everybody feast to their hearts content. Of course, there were still berries and nuts to satiate their hunger pangs, but overall, nobody gorged three times a day.

This was beginning to make sense to me, even as I tucked into my steak.

My friend was not done, as he asked me if I had seen an obese Kalahari Bushman or Massai, particularly those who had lived much as their ancestors had done? I conceded that those tribes were a picture of health and not given to cholesterol and the very dangerous umkhaba that has become a feature of modern living and "success".

I later consulted my books to grapple with what the scientist had shared with me. Indeed, in the Maslow hierarchy of needs, food is ranked third after oxygen and water. The theory was first proposed by Abraham Maslow in a psychology paper in 1943 although it is patently obvious that few living creatures can go long without food.

However, rampant obesity and other health complications are as a result of the wrong diet and processed foods manufactured by the burgeoning food industry.

The whole idea that we need three meals a day and snacks in between is nothing but a capitalist ploy to get us to spend. The body needs time to digest food in a 24-hour cycle and the short hours between meals while we are awake are a hindrance to our metabolism.

I will not be sharing this bit of information with my daughter, a glutton if ever there was one. While she does not gain weight, she's holed up in the toilet more than the average person. She's the type that thinks about the next meal even before she finishes what's on her plate.

I will never forget her expression when I poured water into the pots after supper recently. Instead of sleeping, Azania's concern was the next meal later that night.

I have often had to hit the stove at midnight after she has come to me laughing that she's so hungry she could not sleep despite having eaten a few hours earlier.

She laughed me out of town when I told her that human beings can survive without food for three weeks. Perhaps she's not human after all.