Mdluli community puts their land to good use 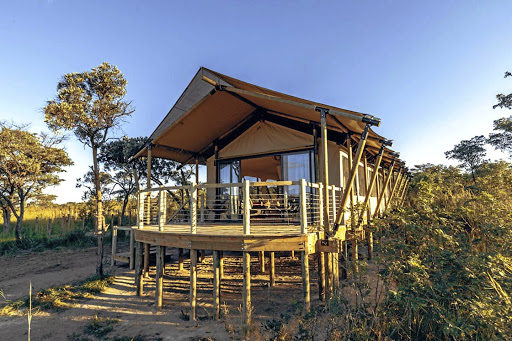 Mdluli Safari Lodge at the Kruger National Park is registered under the Mdluli Community Trust to uplift the community.

It's clear that well into 2019, SA has fresh challenges - most notably a new government settling in after the sixth general election and a struggling economy in desperate need of a turnaround.

Interestingly, one way to create much-needed jobs in our economy potentially rests with equitable land reform combined with a venture capital investment initiative.

This is exactly what has transpired with a one-of-its-kind Section 12J project called Mdluli Safari Lodge, situated in the Kruger National Park.

Decades later, the community has undergone a successful land-claim process to secure freehold title to the 850 hectares they were previously removed from. The land today is registered under the Mdluli Community Trust.

Looking to maximise economic opportunities from their land, the community decided to partner with the private sector via Mdluli Safari Lodge - a 12J-backed hospitality venture that officially opens its doors in October 2019.

As a result of working closely with SANParks and following Kruger National Park regulations, other key features include an eco-friendly, sustainable design that has sought to ensure minimum impact on the existing environment.

The lodge, which is underwritten, will also be managed by Nkambeni Safari Camp, a division of Tourvest Accommodation and Activities, South Africa's largest inbound tour operator. The lodge is expected to create new job opportunities and uplift the community.

In the 1960s, the Mdluli community were forcibly removed from their land inside the Kruger Park.

Tourvest announced at the recent Africa's Travel Indaba 2019 in Durban that it is investing a meaningful amount in the Mdluli Safari Lodge project. The total investment in the project is now R34m, with more opportunities for investors to enter the project.

Mdluli community's leader, Chief MI Mdluli, said he views the project as bringing "stability and social cohesion to the community" while ensuring that "schools, roads and clinics shall be upgraded, and poverty eradicated through the creation of skills and employment opportunities".

On the flip-side, SMEs - which are the engine room for economic growth - receive a better chance at success and, ultimately, becoming large taxpayers in future. As of February 2019, more than R6bn has been ploughed into Section 12J funds in SA, helping countless SMEs get off the ground.

The opportunities are particularly abundant in our country's tourism sector - highlighted as a big area for growth by the likes of the World Bank.