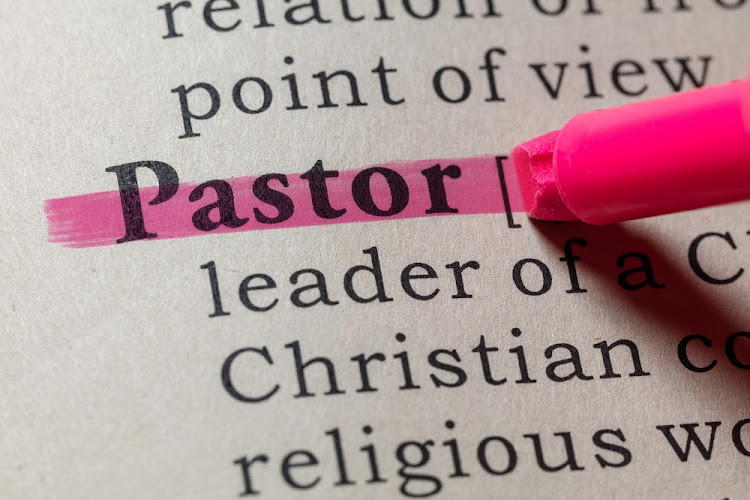 The rapid emergence of counterfeit churches and church leaders cannot go unchecked. This trend has undermined and brought shame to the people of SA, the Christian community and God. It has hurt citizens genuinely seeking spiritual upliftment.

Loosely defined, counterfeits are goods and services of inferior quality, packaged in another's brand name without the brand owner's authorisation, infringing on the trademark, patent or copyright of the genuine product.

Christianity is under attack in the same way with fake churches and pastors.

This trend has left a trail of destruction in society where unsuspecting, gullible and impressionable members of society have been robbed of their hard-earned money, their dignity and basic human rights.

The ongoing trial at the Eastern Cape High Court in Port Elizabeth, where a "Man of God" and his co-accused are charged with rape and human trafficking, has given the Church something to reflect on. While the judicial process takes place, the Church cannot remain unmoved. For far too long as the Church we have had a passive approach towards the mushrooming of false doctrines and as Martin Luther King Jr said: "To ignore evil is to become an accomplice of it."

At this point one of the responsible things to do is to educate our citizens on the things to watch out for before becoming members of churches.

Here are a few signs of the gospel of deception.

Genuine churches led by men and women who dwell on the scriptures of the Bible and give Bible-based teachings to their congregants.

If the focus of a church is psychological manipulation, deviates from Bible teachings and concentrates on entertaining congregants with gimmicks, then it gives one reason to be suspicious. Counterfeit church leaders have made a concerted effort to lead people away from reading the Bible leaving them biblically malnourished and waiting for their next fix of miracles.

The law must be used to assist fake pastors and false prophets to follow different careers and get jobs outside the churches, said CRL commission ...
News
4 years ago

While it is difficult to please everyone, as much as possible, a true Christian leader must be above reproach. If more often than not, there are reports questioning the integrity and ways of a leader, one has to be concerned. A leader cannot always be in the news or on social media for the wrong reasons.

A church leader who exhibits characteristics of unquenchable bodily lusts is a big concern. This could be taking advantage of congregants to satisfy one's sexual desires and the use of intoxicating substances. Congregants should not agree to private prayer or counselling sessions during odd times and in secluded places.

If in the congregation the "Man of God" is the only one living a luxurious life, there is a reason to be doubtful.

A congregation cannot meet on open fields, tents or rented premises while the leader is living a lavish life. True church leaders must be responsible enough to have a vision that is bigger than they are.

We should not look for leaders who present super-hero personalities in public but are private failures.

When finding a spiritual home, be sure that the leader is able to lead himself and his own family well before leading you.

- Mathebula is the senior pastor of Hope Restoration Ministries.

The Seven Angels tragedy was not a surprise, but a tip of an iceberg

Use God-given common sense to sniff out fake pastors and their devious plans before you eat grass, drink petrol.
Opinion
4 years ago
Next Article