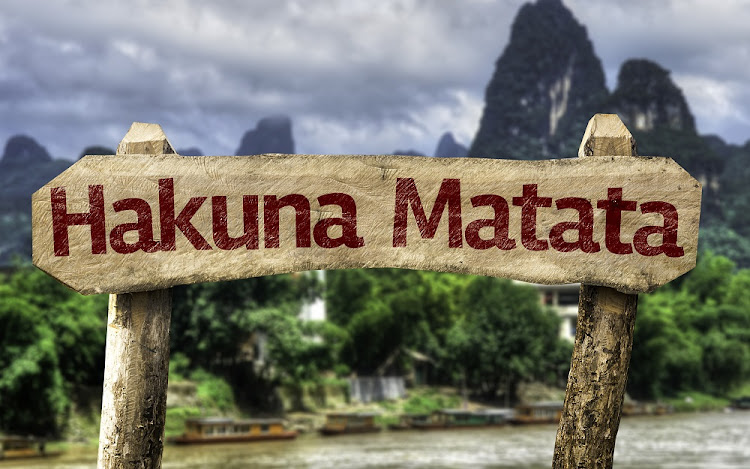 Something radical happened this week, perhaps even more revolutionary than the euphoric smoke that enveloped Constitutional Hill following the landmark dagga judgment.

However, the historic Afro-centric announcement that Swahili will be taught in SA schools went largely unnoticed, as most South Africans got high on weedy public discourse.

The cold reception the Swahili proclamation received reminded one of the timid embrace it received from African heads of state and diplomats 14 years ago in Addis Ababa. The outgoing African Union (AU) chair, Mozambican president Joaquim Chissano, stood to announce the official adoption of the widely spoken language as one of the five AU working languages, in addition to French, English, Arabic and Portuguese.

For a continent known for gratuitous standing ovations, the timidity was even more pronounced when the Portuguese-speaking Chissano stood up to deliver his entire speech in Swahili.

The downplaying of Swahili disturbingly illustrated how continental Africans devalue African languages, even in the face of a growing decolonial project.

The power of Swahili was sharply demonstrated during the Great Lakes conflict involving several warring Central African countries such as the DRC, Burundi, Rwanda and Uganda.

It was Swahili that brought them together and gave them a sense of African belonging, since they all shared a common language, thus restoring regional peace.

Ngugi wa Thiongo, the prince of African literature and Kenyan author of Decolonisation of the Mind, who himself writes in Gikuyu, recently affirmed the centrality of institutionalising African languages within schooling environments.

European languages, Ngugi argued, were meant to "complete what the sword had started [in Africans], and do to the mind what the sword did to the body".

Speaking to students at Wits University last year under the theme "Secure the base: decolonise the mind", Ngugi advocated for linguistic resistance to imperial domination, arguing that the decolonisation of the mind was both a spiritual and cognitive mental matter that must be rooted within the African family, criticising the continuous usage of foreign languages in Africa.

Police officers are often unable to write proper statements when foreign nationals are victims of crime owing to a “language barrier”.
News
3 years ago

"Colonists gave us their accents in exchange for access to resources in Africa. Whilst African leaders perfect their borrowed [foreign] accents, Europeans sharpen their tools to access our resources."

The upgrading of Swahili would essentially replace "European languages of the oppressors" with the "language of freedom".

The likely role that Swahili will play will be to offer protection against European and Asiatic economic linguist encroachment and domination over African resources, especially Chinese Mandarin, thus saving Africa from being a "chessboard of geopolitical wolves".

The institutionalisation of Swahili is opportune, giving credence to the teachings of pioneering African leaders such as Steve Biko, Patrice Lumumba, Julius Nyerere and Kwame Nkrumah, who contended that Africa will rise again to restore the human dignity of an African.

Essentially, Swahili, with its timeless African values, will not only help the African wounds of war, violence and marginalisation, but assist in fast-tracking Africa's economic, political and social independence while eliminating tribalism, regionalism and what imperial forces perceive as "burdens of evil".

In the end, the introduction of Swahili in South African schools signals the beginning of an African journey of a thousand miles for South Africans to rediscover themselves, and assist them to reconnect with Mother Africa.

Heritage Day won't stick until we recognise unity in our diversity

A united nationhood can only be forged if the imbalances of the past are redressed.
Opinion
3 years ago
Next Article