When a woman's love grows as cold as the grave 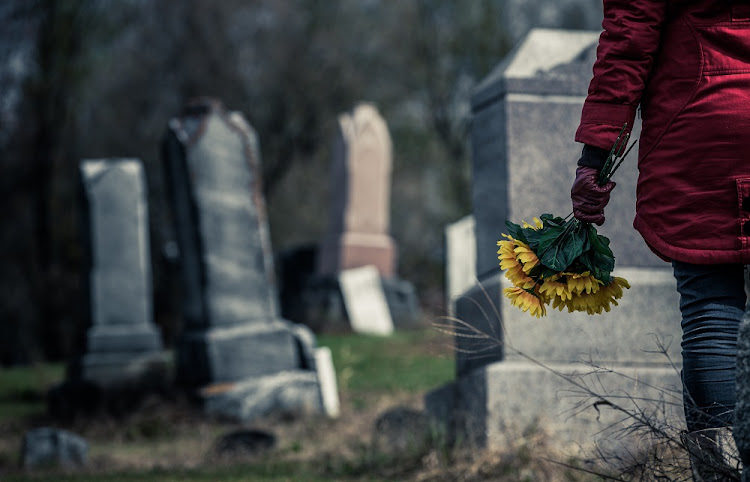 He left home a strong and strapping young lad, with promise in his eyes for his young family. His young wife and two kids looked up to him to improve the fortunes of his family.

The new job that he had found in Joburg was a gateway to a life far removed from their poverty, it held a promise of a decent living for them.

The wife understood the temporary sacrifice she had to make by staying behind as he settled in the city.

The plan was that his family would join the husband the following year and for them to live happily ever after in their improved circumstances.

Blinded by city lights and distracted by the fast-paced lifestyle in Jozi, the husband started calling home less and less and soon many excuses followed when he was supposed to observe his duties as a husband and father.

He was never ready for the family to join him in his new heaven, and started going home only once or twice a year.

His family now had to contend with his dwindling financial support until the wife decided to go back to school with the hope of securing a better job for herself that would enable her to stop relying on him to help her out with the kids.

The couple steadily became estranged as the years went by and then the husband stopped coming home. Clearly there was another woman in Jozi warming his bed.

"I have stopped seeing Sam. He is no longer a reliable bet for me since he got divorced," she said.
Opinion
3 years ago

The problem arose when the man started getting gravely ill. His financial fortunes diminished and he even resigned from his job.

His family was out of sight and out of mind when he methodically went through his pension payout, ravaging with endless parties and reckless spending. A fool and his money... it was all gone in a year.

Broke and bothered, he began to get ill again and eventually succumbed to his death on the bed of his latest nyatsi.

He returned to his family home in a coffin.

The two-roomed home he had left his young bride in decades ago was now a decent four-bedroom home, built on the sweat of the wife.

The two children he had left at three and six years old, were now 33 and 36.

The children pleaded with the mother to allow their father to be buried with dignity. After all it would be a huge embarrassment to the family to disown him in death, they said. The ancestors would turn their backs on them if they did not welcome him back home.

Now independent, the two children told their mom they would carry the costs of the funeral. But to the woman who took on the responsibility of putting a roof over their heads and a plate of food on the table, it was a huge cross to bear to bury a man who rejected his own family when the sun shone brightly in his face.

With huge pressure from family and elders, she relented. She was the one who now had to sit on the mattress as widows do and observe the cultural rituals aimed at getting his spirit to find peace.

So many black families have experienced the indignity and embarrassment of men who had gone out to seek fortunes only to return home to be buried. Cold, mangled and of no use to their families as corpses, their sins and the sufferings they have bestowed on their wives and children have to be sadly buried with them.

The other day while relaxing at home watching TV, a friend called to alert me to switch on the radio.
Opinion
4 years ago
Next Article