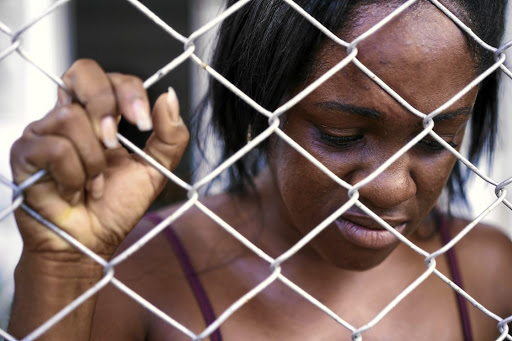 With the unusually high incidents of femicide, violence against women and rampant sexism in our country, there is something curious that is happening with the #MeToo campaign in South Africa.

In a highly patriarchal society such as ours, one expected the anonymity of social media to empower more victims to come out and report all sorts of incidents of physical and emotional attacks by men.

Beyond an exposé of the odd filmmaker who was said to have raped and groped a number of women, and another well known predator cast member of a popular soapie, it seems women still feel unsafe to share stories of sexual assault and misconduct by powerful men.

When the campaign first broke ground, one thought that by the time it gained traction we would be enthralled for weeks with stories breaking daily.

But it seems our journey is more of the slow-cooking kind, where a lot still has to go into the pot and simmer first, before it can all spill into the open.

I do not need to be convinced that there are many stories out there that need to be told. Tales of bosses, lecturers, colleagues, athletes, actors, sports administrators etc whose predatory acts need to be exposed.

At least we are slowly getting women to come out and unburden themselves of the weight they have carried in silence for far too long.

Many are telling their stories, but maybe not encouraged by the reception they receive.

Son watches as dad guns down his mom in cold blood

A 19-year-old man witnessed his father shoot and kill his mother as she was about to board a taxi to work.
News
3 years ago

Many of the posts I read were about women just sharing their stories without naming the perpetrators.

This, I believe, stems from the scrutiny many women attract after they divulge their experiences, where their credibility, sexual history and motives are questioned.

It is also about many women feeling that the law still favours perpetrators when it comes to various forms of sexual assault and violence.

Without the prospect of getting justice, many still suffer in silence.

What is also significant is the lack of national outrage.

With the naming and shaming of big men in Hollywood, from Harvey Weinstein, Bill Cosby, Kevin Spacey and Morgan Freeman, it has been heart-warming to note how industry players in the United States have pledged to take a stand by ostracising the perverts.

Indeed, a lot of them are now sauntering off into oblivion after sponsors cut them off, and the careers of many of them are also suffering the consequences as many studios have pulled out of projects they were working on.

However, many local women are standing on the podium alone as powerful men accused of unspeakable acts still enjoy the support and protection of their supporters and constituents.

But, the stories that the brave continue to share on social media are more than enough to fuel the momentum.

The time will come when the tide will turn.