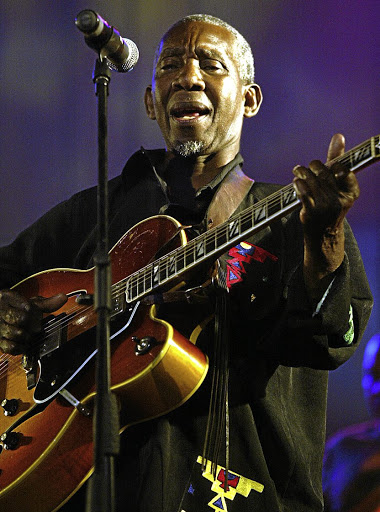 Philip Tabane, who has died at the age of 84, shunned an opportunity to make it big in the bright lights of the US and opted to return to his motherland as part of his lifelong struggle to retain the purity of his malombo music.

It is a decision for which he paid a heavy price. But right up to his final years, Tabane never regretted this decision that cost him an opportunity to make a good living or even rise to millionaire status through his craft.

Instead, he prided himself on having fought and won the many battles to shun fame and repel efforts to force him to adopt cheap commercialisation of his music. He lived modestly in Mamelodi, Tshwane, and even went through periods of hardship brought about by the meagre earnings he made from his craft through the years.

Despite having given the world a wealth of his musical genius, he had no trappings of material wealth to boost of.

He had no car and his house remains a fairly modest township dwelling that speaks nothing of his stature as a prophet and genius of the spiritual sounds of malombo.

He preferred walking in the streets of his township, hanging out with the friends that have stuck with him through thick and thin.

Jazz icon's individuality recalled after his death.
Entertainment
4 years ago

Tabane lived and toured in the US with his nephew and percussionist Gabriel Mabe Thobejane, aka Segwagwa, in the mid-to-late-1970s. This was after he had recorded and released two albums, Castle Lager Jazz Festival 1964 and The Indigenous Jazz Sounds of Philip Tabane locally in 1964 and 1969.

In the US, Tabane and Thobejane mesmerised audiences at such revered musical joints as The Village Gate and Whisky a GoGo. They also performed at the Newport and Montreux festivals.

During this period, Tabane earned the respect of his much popular and seasoned peers, including his friend and jazz legend Miles Davis.

He recalled how Davis would often invite him to his mansion where he would often remark with admiration: "Phil, you're great, man!"

Tabane's star was on the rise and a great future beckoned in the US.

The US was somewhat of a normal society that offered a golden opportunity for an artist of Tabane's calibre to make a good living.

It was during this period where many a South African artist would not have thought twice about taking up an offer to move to the US and play with Miles. But Tabane did the opposite. He opted to return home to the fumes of teargas.

Although he was enjoying the raving reviews and accolades, deep down Tabane missed the spiritual connection with his motherland.

Even after repeated attempts by his good friend Davis to convince him to stay on and play with him in the US, Tabane decided to heed the spiritual call to return home to Mother Africa.

He composed a song, Gez'inyawo, in preparation for his journey back home. Although he continued to tour the world, his heart remained in Mamelodi.

Tabane was born at Ga-Ramotshegoa, to the east of Pretoria. He often gave 1934 as his date of birth. But in official documents, he is listed as having been born in 1940. He learnt his musical craft from his mother Matjale Tabane, a diviner who often hummed and sang tunes to summon the spirits while attending to her patients.

In 2006, his wife Thuli passed on from illness. Tabane never recovered from the loss. He suffered long bouts of depression and preferred to be left in solitude. His health deteriorated until his passing. He is survived by his son, Thabang.

Tabane will be buried today.

* Ledwaba is the editor of Mukurukuru Media