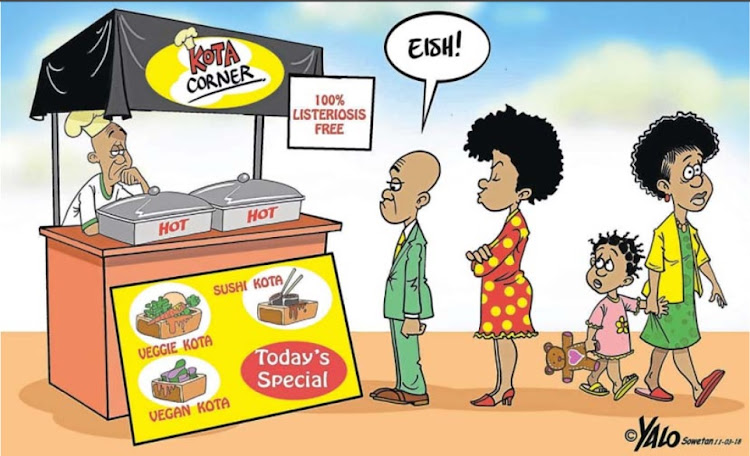 I met with Jabulani last week. He goes by the name JB these days. The last time I saw him more than two decades ago he was so fat, but now he's lean and toned - a far cry from his upbringing in a tuck shop.

Back in the day when the locals still owned tuck shops, JB thrived. Like most kids with businesses at home, it showed in his waist. After school, when we hit the playground, he'd be behind the counter stuffing his guts with junk food.

The one item that was deemed a delicacy and contributed not only to fattening the children, but eventually led to the collapse of the tuck shops, was the polony.

Yes, the same pinkish-processed meat that got a bad rap this week when Health Minister Aaron Motsoaledi accused it of being the cause of listeriosis. Polony used to enjoy a somewhat dubious status as a middle-class symbol. While these days it's merely a lunch-box decorator, it used to enjoy royalty akin to KFC, another fallen delicacy.

Kids from families with tuck shops unwittingly showed off their wealth by mercilessly gobbling one polony after the other. 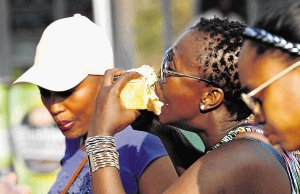 Guests tuck into the favourite township treat during the Kota Festival at the Soweto Theatre.
Image: Veli Nhlapo

When the Somalians and Pakistanis relieved the locals of their bankrupt tuck shops, the polony resurfaced as a key ingredient inside a kota. Alongside atchar and chips, the polony made a spirited comeback.

Polony, despite being fingered as the cause of cancer alongside other processed meats in recent times, has enjoyed a good run and even made a showing last year during the Kota Festival held in Soweto.

The festival should actually be called the Polony Festival because despite chefs dressing their wares in mince meat and lasagne, consumers still deemed a kota to be a kota if it had polony.

That was until Dr Motsoaledi pulled the plug on the French polony and her relatives, russians and viennas this week. South Africa united in grief and it felt like the health minister had hauled the pink roll before court and sentenced the polony to death.

Motsoaledi said polony was not enterprising and was behind the scourge of listeriosis. At the time of writing, kota merchants were still mulling what to replace polony with.

In a forthcoming workshop, masonja (mopani worms), morogo and mogodu were some of the items proposed to replace polony.

I asked JB about these prospects and he shook his head and vowed it was either polony or nothing.

No retrenchments on the table at Polokwane polony factory‚ says union

There has been no talk of retrenchments at Enterprise Foods’ factory in Polokwane‚ which was shut down because of Listeria.
News
4 years ago

Listeriosis outbreak: This is how much cold meat is now headed for a hazardous site

A whopping 4‚000 tons of polony and viennas is the initial estimate of how much recalled cold meat will be sent to dump sites.
News
4 years ago
Next Article