Memories were made at Mzoli's 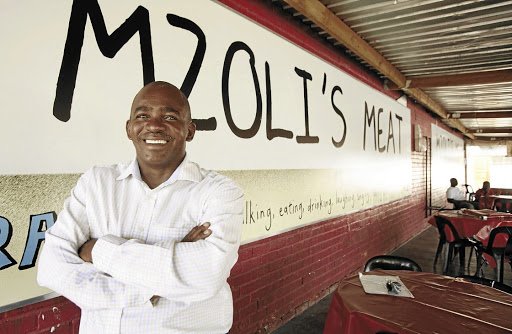 Mzoli Ngcawuzele's business was a beacon of township tourism till it was gutted by protesters.
Image: RUVAN BOSHOFF

I had just moved to Cape Town the year National Braai Day coalesced with Heritage Day. Back then, the Mother City had plenty of water, unlike the desert it has turned into recently.

However, I still preferred the waters of Babylon to the stuff that comes out of the tap. I was a regular at the watering holes in Long Street, struggling to find a joint that didn't play techno music, which I deem an assault on my ears.

My bosses in Joburg assigned me to find a chisa nyama in Cape Town to profile. I'd heard about Mzoli's in Gugulethu but had never been to the place.

The interview ranks among the best I've done. The owner, Mzoli Ngcawuzele, had a marvellous story to tell and we hit it off immediately.

His was a rags-to-riches tale. He had started off by selling skopo from house to house, pushing a wheelbarrow.

The chisa nyama was a beacon of township tourism and a magnet for lovers of chops and his were the most succulent I've had in my carnivorous existence. 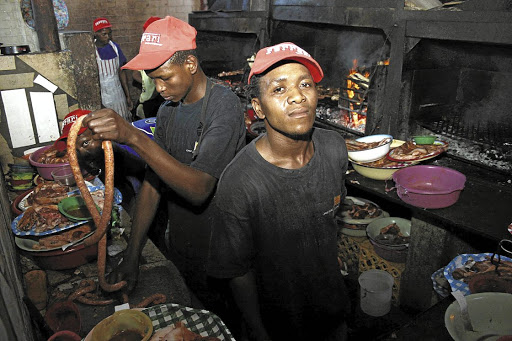 It is hard to comprehend why would someone vandalise Mzoli's, a place that creates jobs and bring various cultures together.
Image: Supplied

The man himself took the time to braai for me and I couldn't stop licking my fingers as he wrapped my leftovers when I was full.

I became a regular.

While Mzoli's speciality was meat, it offered enterprising neighbours the opportunity to sell booze.

It is also the place where I sampled a Swedish cinnamon roll. These two blondes from Sweden were basking in the revelry at Mzoli's when they posed for pictures and asked me take photos with their camera.

One thing led to another and before long, my friend and I were riding shotgun and taking them to places that were never mentioned in their travel brochure.

Needless to say, that night ended at their hotel where we strengthened bilateral relations between Sweden and South Africa. My tall blonde still ranks among the best nougat I've ever had.

She was insatiable and could kick, bite, bump and grind at the same time. When they left for Namibia two days later, I was like a rag doll tossed this way and the other by a dog for days on end. I promised to visit Stockholm, but of course I was only fooling myself.

But I digress. I was scanning the news this week when I saw an article that left me feeling violated. Protests over lack of adequate land in Gugulethu had turned violent and Mzoli's was torched.

I was aghast and gutted. How do you trash a place that creates jobs and puts your own kasi on the map? How do you vandalise my Stockholm? The madness needs to stop, man!

“Blame must be placed squarely at the feet of Enterprise Food and Rainbow Chicken for the outbreak."
News
3 years ago
Next Article