My very first 'meeting' with Bra Hugh struck a chord 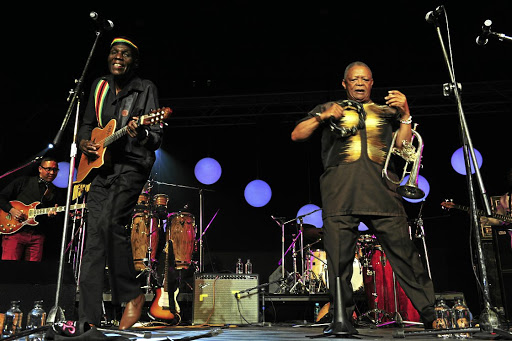 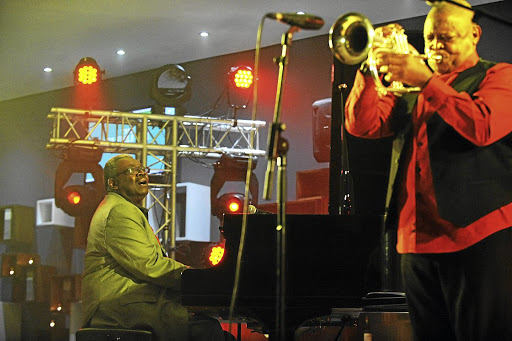 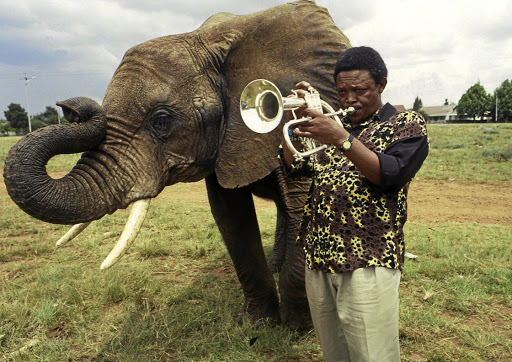 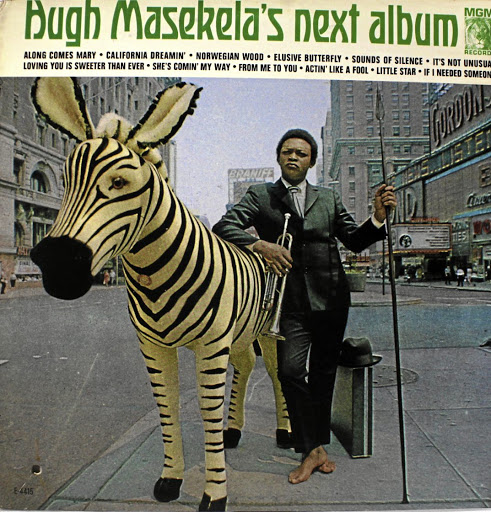 My initial reaction after the devastating news that the baobab tree of South African and world music, Ramapolo Hugh Masekela, had fallen, was to stay away from writing anything about him.

I paid my tribute to him from Tuesday afternoon, playing his music in the car and at home.

I have so much of his work that it would take me more than a week to go through every song - and there are still vinyls to be dug up from my brothers' homes for albums that are not available on CD or electronically.

The reason I wanted to stay away from attempting any written word on this colossal figure was simply because I felt like I am too much of a laatie to give a full picture of who this great man was.

That changed, however, after I had a chat with another giant of African music, Oliver "Tuku" Mtukudzi on Thursday afternoon.

I was interviewing Tuku about his latest album Hany'ga and that changed my mind.

Mtukudzi, who was Masekela's close friend, said his latest work was inspired by what he believed was an unhealthy tendency of African people to compete against each other, instead of working together.

"I have been seeing a worrying trend of Africans always seeing themselves as better than the next person. The tendency of competing to be the better person has resulted in people not focusing on what they are best in or what their real talent is," he said.

"What we seem to forget is that God created us to compliment each other so that we can live together in peace and harmony. That is the message I am sending to all Africans with this album," said the legendary Tuku.

That message resonated with me and it encouraged me to salute Bra Hugh in the way that I know best.

I "met" Bra Hugh in the early 1980s through I Am Not Afraid and Hugh Masekela's Next Album.

At the time of our "meeting", I was too young to read but I knew that whenever my brothers were not at home and I wanted to listen to these two albums, I just look for the one with a big elephant and a relaxed Bra Hugh lying on the ground - while the other sleeve design was even more daring, with Bra Hugh leaning on a zebra in the middle of a New York street.

I would then fire up the Telefunken sound system powered by Eveready batteries and marvel at Stimela.

I knew it was the last track on one side of the vinyl and would direct the needle to it and play it several times.

Once I was satisfied, I would listen to other tracks like African Secret Society, Nina, Night In Tunisia and In The Market Place.

My landing track in the other album was From Me To You. It evoked in me some feeling that I could not explain as a toddler who had not even started formal schooling at the time.

During our darkest days as a country, Bra Hugh Masekela, through his music, spread a message of hope for a better tomorrow.
Opinion
4 years ago

However, what struck me mostly about Bra Hugh's work was what my brothers told me when I was in their company listening to his and other music on weekends.

They told me that Bra Hugh, who they said was from Witbank, where our coals for the coal stove came from, was a soldier who ran away from South Africa to fight against apartheid from America.

As I inquired further, they explained that Bra Hugh and Miriam Makeba, amongst others, were soldiers who used their artistic talents to fight for the freedom of black people.

Their music was sending a message to apartheid South Africa that what the government was doing was wrong and that it must stop.

These informal lessons on the marriage between the Struggle for freedom and music lit a fuse inside me that made me aware and conscious of the time we were living in.

That is why I was among the first people to grab a copy of Masekela's biography, Still Grazing: The Musical Journey of Hugh Masekela, when it came out in 2004.

I wanted to hear it from the horse's mouth.

I wanted Bra Hugh to tell me what it was like to fight against the mighty apartheid machinery through words and a horn.

What I read in that book was the extraordinary story of an African who was proud of his heritage.

Bra Hugh's love and respect for his African roots created more problems for him as he would have to protect and promote that in faraway lands while still fighting apartheid at the same time.

When a person of Hugh Masekela's stature dies, we are always asked not to mourn, but celebrate him, as if it were that easy.
Opinion
4 years ago

It was this quality in him which led to his friendship with Mtukudzi that started during a gig at a Harare nightclub in 1984.

"After we started working together musically, we became real friends. While it was music that brought us together, it was our common belief in Ubuntu that made us big friends," said Mtukudzi.

At the time of his death, Masekela and Mtukudzi were working on a new album together.

"We had already recorded three songs," said a forlorn Tuku.

"I am not sure how I am going to proceed. For now, all I want to do is mourn my brother and remember all the best moments we had together.

"It was shocking when I got the news because I had just landed in South Africa to promote my new album.

"I was with him in early January when I visited him at his home.

"He was animated and even danced for me. It gave me hope that perhaps the cancer was giving him some space to recover," said Tuku.

The last time I saw Bra Hugh perform was in 2014 when he did a special gig with his pianist friend Larry Willis.

Hugh Masekela's sister‚ Barbara paid a heartfelt tribute to him‚ telling mourners at the University of Johannesburg's Soweto Campus that the icon ...
Entertainment
4 years ago
Next Article