Unathi becomes fodder for the beauty trolls on Twitter 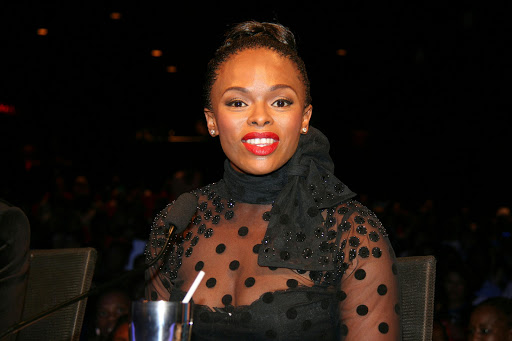 Radio presenter and singer Unathi Msengana has become the latest victim of cyber bullying. The celebrity was attacked by scores of Twitter trolls for two days.

“Sticks and stones will break my bones, but words will never hurt me,” the age-old-adage says. However with the advent of Twitter, Facebook and Instagram; hurtful words stick and stay longer online and can even trend.

Unathi was trending on twitter with people laying in on her looks.

A bit of background; a fan posted a picture of herself and Unathi, and unfortunately the presenter didn’t have a stitch of make-up on.

This became the opportunity for trolls to do what they do best; bully and be mean.

Since when is the standard of beauty based on wearing make-up?

One wonders if Unathi wasn’t a celebrity would she be bashed on twitter-sphere with such venom or would her ordinary(ness) been ignored?

As a society, we should be outraged when we can be this nasty to each other.

Have we forgotten that, other than learning every single detail about celebrities’ personal lives, we have a duty to respect them as human beings?

More worrying about the incident were the crude and shaming comments that were broadly made by black people.

Demeaning tweets went viral such as; “she is ugly,” “she needs a make-over” and others laughing at the already vile comments.

It seems so easy for black on black jokes to make everyone an expert on the funny. As Mandoza sings: ‘Umuntu omnyama aka funi uku bona umntuomnyama aya phezulu’.  (A black person does not want to see another black person rise.)

Celebs like Castor Semenya, Bujy, Ntsiki Mazwai and Maggie Benedicts have also been subjected to racism, body shaming, sexism, and misogyny by the black community on Twitter and social media in general.

Bujy’s weight has a knock of becoming an ugly topic on social media.

Maggie, Generations actress and Castor can relate to the Unathi situation,  where their looks and gender have been mocked.

Mazwai’s hygiene sometimes comes into question. Assumptions that she is dirty and does not bath make her fodder for ferocious tweeps.

Mandoza’s English skills are the butt of every Meme. In reality there is no master of pronunciation, even white people get their English terms wrong.

We are quick to turn an imperfect aspect of ones life into slapstick!

No one is born alluring, wearing make-up and lipstick. We should all know that it is ok to rock your natural look regardless of how different you look without it.

Point is when you contribute to ugly comments on social media you are a bully.

Bullying leaves, the victim not only beat up, feeling embarrassed  and humiliated. The worse part is that all of those negative experiences end up drifting into other parts of their life.

It is true that politicians and public figure themselves seek to be known to the public. However, this doesn’t mean that being mean is justifiable.

What happened to being nice and if you have nothing better to say, may be keep quiet.