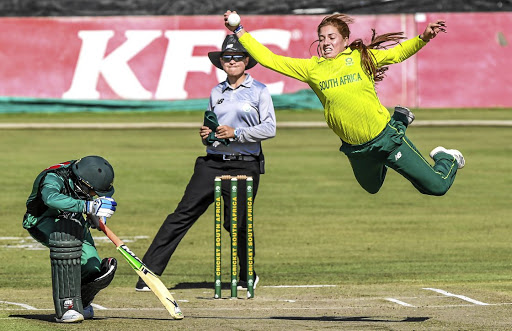 South African women in sport continue to soar and have become sought-after to watch as opposed to men in the same sporting codes - from soccer to hockey and even rugby.

Especially impressive have been the ladies Emerging Cricket Squad who made heads spin recently against Bangladesh.

And the girls are over the moon that women's Twenty20 cricket has officially been made part of the 2022 Commonwealth Games in Birmingham, England.

This is a first for women. The games will be the first major multi-sport event to have more women's medal events than men's.

She was the deserved player of the match when she hit a six and two boundaries, accounting for all 14 of the runs in the super over, securing her side's 3-0 series triumph against Bangladesh at the Mandela Cricket Oval in Hammanskraal earlier this month.

"I've never felt anything like this before. Representing my country gives me goosebumps every time; I love every moment of it," De Klerk says.

The skipper, who was born and raised in Pretoria, credits her brother for the strong woman that she has become.

A lover of all sports, she also participated in athletics and was quite serious about javelin.

"I even got a scholarship for athletics in high school. I wanted to be a javelin thrower.

"Cricket was just for fun. It was only at the age of 16 when I really started taking my cricket seriously.

"I played [cricket] with my brother and I loved the game. I started playing mini-cricket and after that went to Northerns trials and started playing for them at the age of 11," says the all-rounder.

De Klerk received her first call-up in 2017 after having two good tours at the U19 cricket week, as well as the Bloemfontein national women's week. After the World Cup in 2017 she turned professional.

She rates the past series against Pakistan as her best, and scoring the winning runs in the final T20.

De Klerk was also named the Cricket South Africa girls U19 player of the tournament for the second consecutive year. 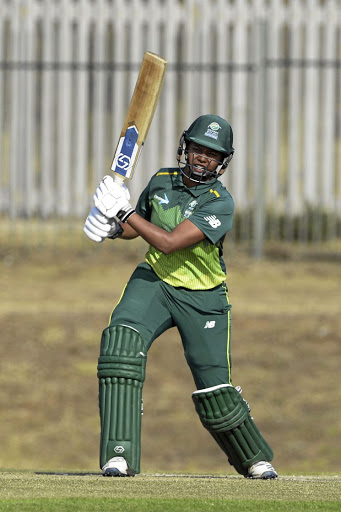 The 23-years-old from Maitland in Cape Town says she learnt how to play cricket on the streets.

"My older brother taught me how to bat and bowl," said Goodall.

"My parents would always take us to watch Test match cricket at Newlands Stadium and it became a family tradition to attend the New Year's Test match every year.

"That's when I realised that cricket is the game that I wanted to play."

Training as a professional player since high school, she also played soccer provincially.

"I decided to pursue a career in cricket instead. The few challenges I've faced as a female cricketer are just having to juggle my studies at university and still be able to train as a professional.

"I have always aspired to play for my country and I am grateful that I have been able to do that. I love wearing the Protea badge, it's a feeling that I can't describe," she says.

Her goal is to become a permanent feature in the team.

"My goals beyond the game is to finish my studies and get my degree as well as study further," she adds.

"I would also like to complete my coaching levels and give back to the game in that way." 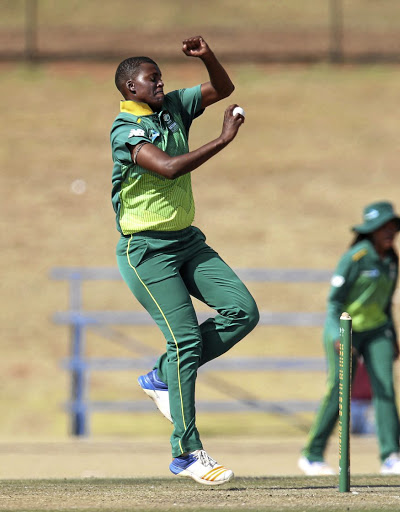 Zintle Mali has proven she is one of the best in SA women's cricket.
Image: MuziNtombela/BackpagePix

Hailing from the small rural town of Alice in the Eastern Cape, Mali says she was witness to plenty of sporting talent among her peers, but no opportunities. "I consider myself lucky for not giving up, remaining focused and working hard," she says.

Playing various sports as a child, she took to cricket and rugby.

"I was attending one of the Border cricket festivals where coaches saw how talented I was. That's also where I saw Ayabonga Khaka playing for the first time and I wanted to be just like her," says Mali.

She says on the day she got her maiden wicket in her debut against Bangladesh, her role model Khaka was also handed her 50th ODI cap.

"I'd also love to help my country and team win a Cricket World Cup. I would also like to mentor young girls in rural areas, who grew up like me.

"It's important that they know that their dreams are valid and, even more importantly, possible. This message needs to be spread as far and wide as possible so that we can ensure a future for all who want to be involved in this game." 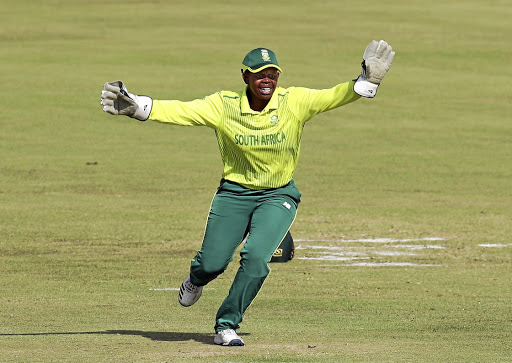 Sinalo Jafta has her mother to thank for playing cricket.
Image: Muzi Ntombela/BackpagePix

She was born and raised in Butterworth, East London in the Eastern Cape, by a single mother who also represented SA in hockey.

"My mother just showed me what strength and accountability looked like, instead of hindering me from my talents. She ensured that I had a good education and everything that I ever needed was provided for," says Jafta.

Jafta made her cricket debut in 2016 and has since been making strides in becoming a world-class cricketer as a wicketkeeper and batsman.

"It's honestly the best feeling anyone could ever have. Not only am I doing what I love, but I also get to represent my country and hopefully be a good role model for the future generation.

"The debut in both the ODI and T20, catching the ball cleanly when Masabatha Klaas got her hat-trick and also the catch I took against Pakistan during the third T20 were my best moments."

Jafta hopes to makes a difference in the lives of struggling hockey and cricket players to get the same opportunities she did.

"I want to make sure that women's sport keeps growing around the world," she says.