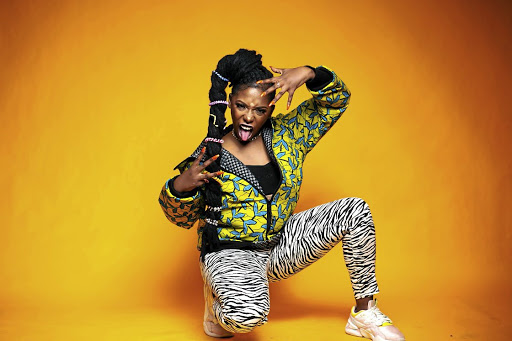 Gigi Lamayne will be an honorary guest and performer at the Amsterdam Dance Event Beats music conference scheduled to be held in October.
Image: Instagram

Mzansi's female rapper Gigi Lamayne will add a feather to her cap and fly the South African flag high when she performs in the Netherlands in October.

Gigi will be Mzansi's first female rapper to showcase her talents as an honorary guest and performer when the Amsterdam Dance Event (ADE) Beats music conference celebrates its 10th anniversary.

The 24-year-old Fufa hitmaker is excited about the achievement.

"I was at a music video shoot when I found out and I just couldn't believe that out of so many talented people, it was me. I'm excited but the greatest gift for most is carrying out something patriotic. I know my country will be proud.

"I am very excited but also truly honoured and humbled to be representing South Africa on a global scale.

I believe this trip will help inspire me and contribute to the completion of my album, due for release in 2020. I am ready to take Gigi to the world and hope they are ready for me," she said.

Zolani switches mic off with Freshlyground

The ADE Beats is a global networking platform for music talent and professionals that put a strong emphasis on hip-hop, bass and beats.

Every year ADE Beats invites key figures from the international hip-hop, bass and beats scenes to network and build relationships.

As a female trailblazer, Gigi has won six South African Hip Hop Awards gongs and earned her place as the number one independent female hip-hop artist in the country.

Inspired by the likes of Jean Grae, Bob Marley and Tupac Shakur, she said that through the conference she plans to learn about musical integration, different marketing methods and advertising.

"As Amsterdam is such a huge creative district, I hope that this will allow for creative inspiration and ideas going forward to my album drop in the new year."