Braam dances to a new vibe 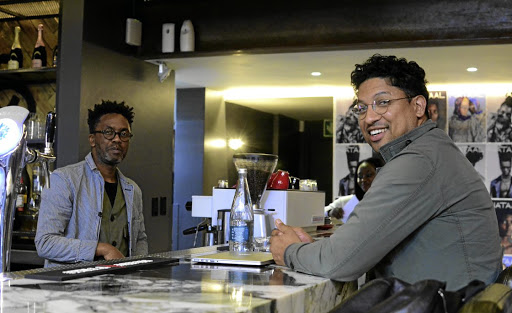 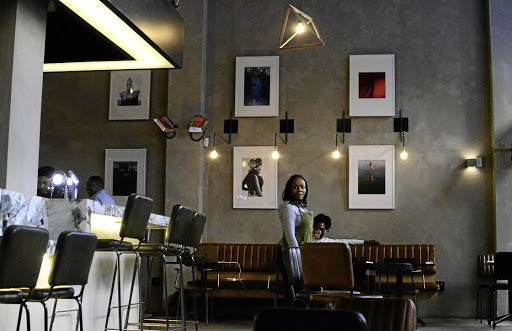 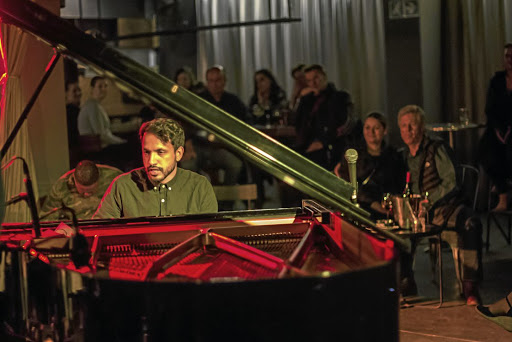 A young waitress offers me orange juice instead of the cranberry juice I asked for because, she says, the restaurant has run out of the drink.

"There's cranberry in the basement. Just ask them to issue it. There's a five-litre of cranberry. I'm hundred percent sure of that. And that means the bartenders did not do their job when they were issuing [out stock] this afternoon. You must call them to account. Tell them they're letting you down," says Bionic.

With that firm order, Bionic and his business partner Kenneth "DJ Kenzhero" Nzama went at length to explain their business philosophy and how they would like to get things right based on their high standards.

The twin DJs, who were among the cream of the 1990s and 2000s club and party deejaying scene, partnered two years ago to start a new journey they had not walked before.

Artivist and Untitled Basement are a restaurant, bar and art gallery in one based in Braamfontein, Joburg.

"When we started in this business I knew nothing about food," says Kenzhero during an interview on their premises.

"But having known Bradley for 20 years or so, I knew that we would get things right.

"I went into business with him because I have always admired his work and way of doing things.

"Bradley was the first DJ I knew who did two or three different jobs at the same time; not just deejaying, but was involved in things like brands, events. He even went on to get an MBA. How many DJs who have achieved that?"

As a result of their demand for high standards, the twin DJs say they invested in their hospitality staff by offering rigorous training and continue to empower them with skills and knowledge to make sure that they give their patrons a special experience.

They say one of the elements that makes their offering different from other food outlets was that they invested in a custom-made cooking stove that uses wood and gas.

And as they say, the taste of the pudding is in the eating.

The North Africa spice flavours that they say was the main influence in their dishes came out distinctly with a touch of wood in one of their special dishes, as I tucked into one of their popular dishes, the Algerian Chicken.

For those who have been around enough, this trendy joint is housed on the same premises where Joburg's first urban chisa nyama, Mzoli's Kitchen, was situated in the early 2000s.

And for Bionic, this makes him feel "all ancestral" about the place.

"If you remember Mzoli's, then you will understand why we feel that we have a bigger role to play with the opportunity that we have," says Bionic.

"When we came in here to start rebuilding the interior with our own design two years ago, we found the stove that Mzoli's was using still here.

"In fact, one day one of his former kitchen staff came here and related some of the memories he had of braaing meat and wors in this kitchen."

When asked how the closure of Orbit jazz restaurant across the road had affected their existence as they also host live music performances in the underground bar, simply called Untitled Basement, the duo relate a story of how they have since inherited a piano from the Orbit.

"While we are not a strictly live jazz music venue, we have seen an upswing in demand for such performances since Orbit closed down.

"And after months of talking to the guys who used to run it, we finally bought their piano and put it downstairs, which improved our quality of the offering when we have artists who play the piano here.

"Nduduzo Makhathini was the first to play it when he was here on July 4 and it made such a huge difference. That is why I think there is an element of ancestry that is going around," says Bionic.

The DJs say they called the place Artivist because they believe that Braamfontein, with its history and reputation as a student town, was both an arts haven as well as a place full of activism.

"Look, what a lot of people forget is that apart from the students, there is also a huge number of corporate and political citizens here. You have blue-chip companies around, who have also supported us immensely and I don't think we would still be open if it weren't for their support through corporate gigs.

Nxusani-Mawela owns Brewsters Craft, a craft brewery which she started in 2015.
Good Life
1 year ago

"You also would know that the town is home to political parties and trade unions.

"That coupled with the young and vibrant students who are changing the game by always pushing the boundaries and coming up with new trends all the time, you have a perfect balance," they agree.

Apart from being a dining and drinking hole, the walls of the establishment are also used as an art gallery to, according to the DJs, make fine arts accessible to all and also help with the development of young artists who do not readily have access to top galleries.

"The arts part has surprised us with how it picked up and flew quickly. We have sold a lot of pieces and we continue to curate according to our philosophy and what we stand for. We now have an Algerian artist who is exhibiting," they say.