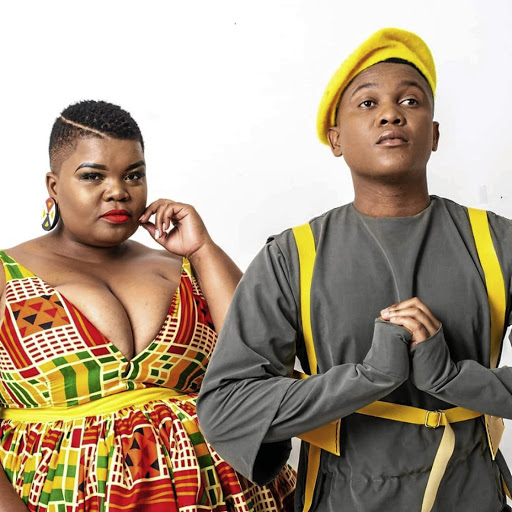 Members of Afro jazz band IziQhaza were lucky to escape with broken bones after they were involved in a horrific car accident in KwaZulu-Natal last week Sunday.

Khanyisa Mbuthu, 29, Mbongeni Mavuso, 26, and their driver were travelling back from the Zululand stronghold of Nongoma when the accident happened.

The accident happened on the same day that Mbuthu was featured in Sunday World talking about the plight of plus-size models in Mzansi.

Mbuthu escaped with a broken arm while Mavuso suffered a broken sternum that affected his chest.

She confirmed that she was discharged on Thursday and that Mavuso, who was first admitted to the intensive care unit of a Nongoma private hospital, was still in hospital.

She said both of them were passengers at the time the accident happened, noting that the driver escaped unharmed.

"We had just passed the Nongoma tollgate and driven for about 10 minutes when the accident happened. My friend, who was driving, told me that there was an object on the road. She tried to duck it and the car flipped and rolled about four times," she recalled.

"I could remember it flipping over ... when it stopped it was upside down."

Mavuso, who was sitting on the back seat, managed to get out of the vehicle to assist his band member and the driver despite his injuries.

"I don't know how to feel. I don't know if I should be happy or sad. I just have another outlook on life.

"I feel like I am still stuck in a dream because the impact was so severe that we could have died. It's quite scary. But I am grateful that I have got another chance."

The pair have had to postpone their performances, including a show in Morningside in Durban on Saturday.