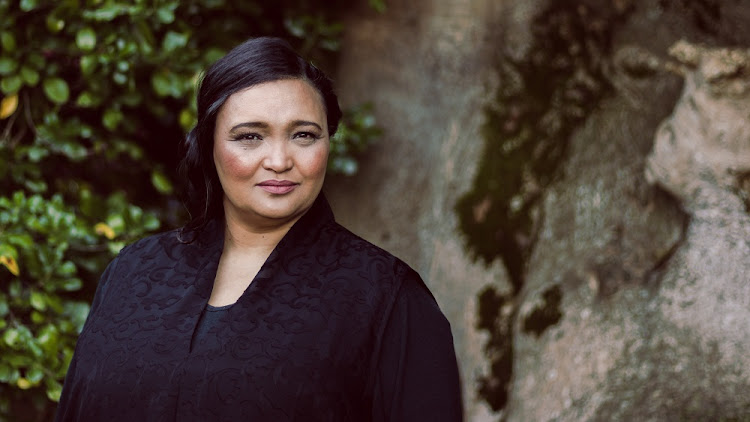 Her latest role breathes life into a new adaptation of Fiela Komoetie in Fiela Se Kind.

"I want to spread love, light and understanding in the world - even if just in my little corner of the world," she says.

Kloppers first played the character Fiela in the stage version directed by Sandra Prinsloo in 2008, and says it remains an important story to tell.

The film, which releases next month, is based on the 1985 novel by Daleen Mathee.

Set in the forests of Knysna in the 19th century, it tells the story of a Cape Coloured woman who takes in an abandoned white child, who is removed from her care nine years later.

Kloppers says it teaches South Africans that we are all part of the fabric of this nation.

"Love does not see colour; you can choose to love instead of hate."

"Fiela was a woman of colour during the 1800s. She raged against the prejudice that took her sweet boy from her just because his skin was white and hers brown.

"Despite the mountain of adversity and the impossibility of the situation, she stubbornly keeps fighting," she says.

Being compared to Sharleen Surtie-Richards - who made the Fiela character famous in the 1988 film - Kloppers says if anything, Surtie-Richards and other women of colour who pursued acting careers during the Apartheid era, are owed a great debt for paving the way.

"We don't know the challenges they faced and overcame. I take criticism with a healthy pinch of salt. People will make comparisons. That is inevitable."

"This was an intensely emotional experience. It's one of those characters which, like Fiela, chooses you. I am of Nama descent, and I felt this character in my soul, to my core.

"She taught me about perseverance and survival. Here was a woman of colour, who was regarded as a 'stupid savage', and yet managed to learn English and French.

"She survived a society and culture that was not her own; in a cold climate, where she stood out like a sore thumb or an exotic fruit ['freak']. In the play, she's portrayed as staying true to her faith and heritage until the bitter end.

"Like Fiela, she raged [in her stillness; and even beyond death]. Her legacy and her spirit survives to this day," says the passionate Kloppers.

As a playwright, she also wrote the first Khoi-San play, Klarabelle gaan Kaap toe, where she played the lead. She says it was a near one-woman show that celebrates ancestry, heritage and womanhood.

"I've been incredibly blessed to have the opportunity to play many powerful female lead roles, not only in theatre but also for radio. I debuted in radio theatre with Die Swerfjare van Poppie Nongena and in the iconic lead role of Poppie Nongena for RSG."

Kloppers was born in Windhoek, Namibia, and comes from an academic and community-oriented family.

With two younger brothers and a large extended family, she also says her home was always a musical one.

"My brothers, cousins and I would regularly put on concerts for the family. And I started acting and singing in theatre and music productions at a young age."

As a trained classical singer, she now wants to focus on music again. "I love fusing genres and get excited by different kinds of vocal expression. Writing is also a huge passion.

" I currently do a great deal of academic writing and publishing," she adds.