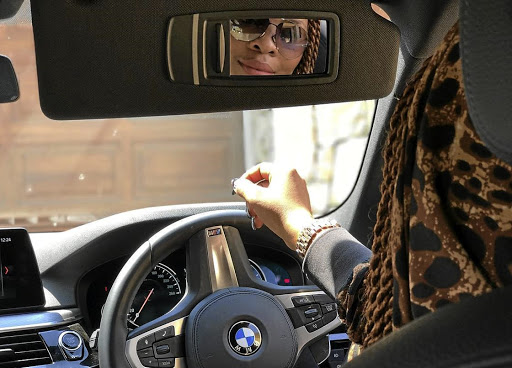 Masechaba Ndlovu's house was ransacked by five armed robbers in the early hours of the morning on Thursday.

Radio and TV personality Masechaba Ndlovu was lucky to escape with her life after armed thugs, who later apologised when they recognised her face, pounced on her and her child this week.

This after the former Metro FM afternoon drive show host was robbed of her BMW 5 Series, cellphones, TV, laptop and cash at gunpoint.

Ndlovu, who be will joining SAfm as a guest host for women's month from next month, confirmed the incident and said she was glad that her family was safe.

"We are receiving trauma counselling. The case is sitting with the Randburg SAPS; please refer to them for further details," Ndlovu explained.

In her statement to the police, Ndlovu said the robbers pounced in the early hours of Thursday while she and her young son were asleep. She was woken up by a loud bang at the door.

She said she got the shock of her life when five armed robbers in balaclavas stormed her Bryanston, Joburg, home's bedroom at about 2.30am.

What could have appeared to be a bad dream for Ndlovu turned real when the bandits started roughing her up and tied her up with cable ties.

Ndlovu's nightmare turned worse when the thugs started ransacking her home and helped themselves to her prized possessions.

The statement also stated that the suspects got aggressive when she didn't want to divulge any information about where the safe box was.

The statement further reads: The suspects ransacked the house and asked her about the safe. The suspects got angry with her and she didn't make any eye contact.

"They demanded her bank cards and she gave them the right pin and one was busy removing TV from the wall. They also took her car and asked her if it has a tracker.

"She said no. While they were busy, they recognised Ndlovu as [the popular] radio presenter and apologised to her.

"They told her they can't leave without taking anything. She then called her son to come and untie her and alerted the police and security."

According to police officials close to the case, the vehicle was later recovered abandoned in Alexandra.

Police spokesperson Kay Makhubele confirmed a case of robbery was opened. No suspects had been arrested yet.