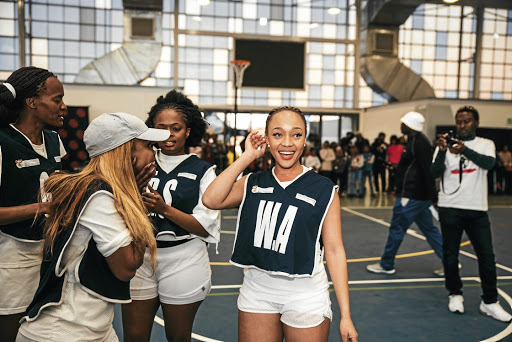 Thando Thabethe will host a netball challenge in Soweto next month.

The month of August is all about the empowerment of women and for media personality and philanthropist Thando Thabethe, it's a perfect reminder that women have power in numbers.

The 5fm radio presenter will try to gather as many woman as possible under one roof on Women's Day, August 9, through her annual netball tournament at the Klipspruit Multi-Purpose Centre, Soweto, where she hopes they will talk about issues affecting them.

Thabethe said she had raised more than R300,000 for the sixth annual Thando Thabethe Women's Day Netball Challenge through ticket sales and donations.

"I want all women to recognise their power and strength," said the philanthropist. I want them to know that as women we can do amazing things. We can change the world if we unite and work together."

The netball challenge is a fun day aimed at celebrating, empowering and raising awareness around issues facing women. The theme is "Standing up for girls".

Thabooty, as she is popularly known, said she has not decided where the proceeds will be donated to this year.

"We will definitely use a portion of the funds to support netball and netball players who come from disadvantaged backgrounds."

Registration is open on thandothabethe.com.