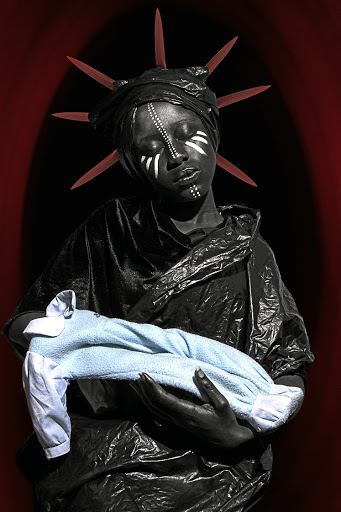 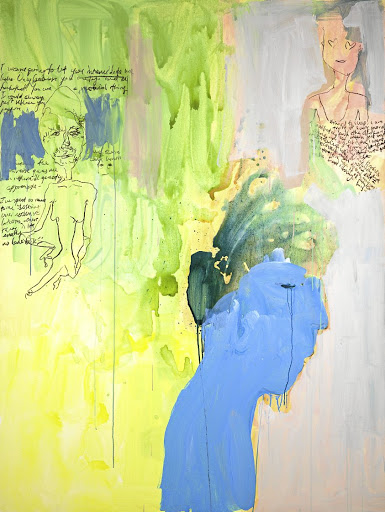 The Basha Uhuru festival held last weekend at Constitutional Hill in Joburg showcased and celebrated all types of creatives.

While music played a big part, the subtle side of the arts, The Freedom of Expressions Fine Art Programme, spoke volumes. It opened to the public last month.

Sheryl Msomi, project manager at the Art Bank of SA, curated the Homing in on Freedom exhibition. She explains that the exhibition celebrates emerging artists between 18 and 35 and the theme this year was celebrating 25 years of SA's democracy.

Msomi says each artist has a different story to tell. "Art has always been personal (but the artists) are making it even more personal by looking at the issues that they are dealing with. Some of them also concentrate on social justice issues," says Msomi.

Exhibitor Banele Khoza says that for him, freedom is being allowed to be who you are and not be questioned.

"Unfortunately, we as society have not reached that point but that's what freedom is," he said

He depicted this in a portrait showing a crying figure, called Blue Tears.

"It's about being male and vulnerable. That's where I wish to see males being at in the future - where they can express precisely who they are," says Khoza.

A series by Thoka looks at gender-based violence. Titled Karabo, it looks at women abused or killed by their significant others, something that was happening 25 years ago and is still happening now.

Khomo's work highlights the rites of passage of women and female circumcision, while Langa's exhibit is titledMobile Homes.

Langa's work is created with smoke and he deals with how home is supposed to be secure and safe but then all the responsibilities that come with being part of a family or home become burdens for women, Msomi says.

He depicts women carrying these houses, hence the title.

Msomi says that there are vast differences between then and now.

"I was speaking to an artist who started painting in the 80s and he was saying that a lot of the work that they were doing was more geared towards protest and struggle art looking more at the macro of the community, and now what we are seeing with the young artists is that they are really looking into their own homes and their families, and personal spaces," she says.