Parents splurge to honour their kids 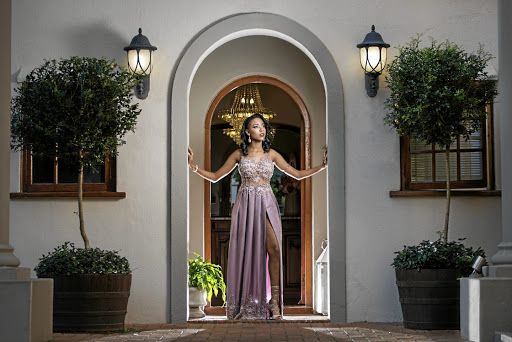 Photographer Richard Oosthuizen says a shoot that was especially magical was of a girl called Taahira who chose The View Boutique Hotel as her shoot venue.
Image: Rich Photography

Matric farewells are no longer just about the fancy dress and cars as parents are forking out thousands, throwing lavish pre-parties writes Somaya Stockenstroom.

Weddings have nothing on matric banquets. They have evolved from just fancy suits and dresses and flimsy cameras to outlandishly lavish parties.

And this all happens before the actual dance.

Natasha Beeby, mom to Keisha Johnson, 17, says that as a single mother she feels proud to throw a celebration of epic proportions for the matriculant, whose banquet will take place in October.

"It's a proud moment for both of us, so I feel she deserves to get all the spoils," she says.

But it doesn't come cheap and Johnson says she wants to pose and cruise in a yellow Porsche Carrera GT for at least four days," she says.

The dress she wants should also be boutique quality and bright canary yellow in colour.

Included is a make-up package from Mac and nails by Sorbet and hopes to find a celebrity stylist for hair styling.

Mom is also planning a finger cocktail party for friends and family.

"I am hiring caterers and people to set up the backyard. We will use a relative's yard as they already have a beautiful garden. I will complete it with a photo backdrop, balloons and sunflowers," says Johnson.

She adds that she's been saving since early last year to make the day a success.

"I'll start saving next year for my son who's now in grade 8. By the time he gets to matric things will be much more expensive. But matric is a big achievement," she says.

Odelia Pailman, mom to son Jade, was the talk of her Bosmont town when she celebrated her son's send-off in April this year.

His school banquet was held at Usambara Lodge on the West Rand, but the do at home was fancier than the dance.

"One of the dictums I live by is if you're going to do something, do it properly. The intention was to keep it low key," says Pailman.

"But new ideas kept popping up and what I originally had in mind just grew and turned into something bigger."

The theme was vintage to match Jade's attire.

She set up her carport with draping, a chaise lounge sofa, vintage props, balloon banner as well as a Neff personalised banner, backdrop for photos and an artificial flooring similar to a mobile dance floor, tiffany chairs and mini-cocktail tables. She didn't want the usual savouries and instead made her own fancy gourmet snacks inspired by Pinterest.

"Because Jade left home around dinner time, I also had a caterer prepare a warm meal for those who stayed behind at the house after he left. I put everything together myself with the help of suppliers.

"I'm fortunate to have an uncle who is a professional photographer, so he took all the pictures for me at no charge," says Pailman.

Besides the thousands she spent here, she also had a custom suit made for him by young and upcoming designer called Donna Couture at R2,800, classic formal shoes at about the same price, after party clothes, as well as sneakers that cost an arm and a leg.

Bonnie Maraba, mom to Nkosi Maraba, says she hired a nearby town hall in Krugersdorp to entertain her friends and family in celebration of her daughter's matric dance in March this year.

She mentions how she sent her daughter and friends for slimming treatments and deep massages a few months before the dance. She, too, had all the frills of catering and exotic decor in colours of rose gold, and a three-tier red velvet cake.

"We had expensive champagne to toast her. The colour scheme went with her dress. And I asked guests to dress up in evening wear for photo purposes next to classic cars."

Maraba claims to have spent, on average, R30,000 and says she would do it all again.

"As an only child she deserves it. She makes me proud and for her wedding one day I will spend even more," says the proud mom. 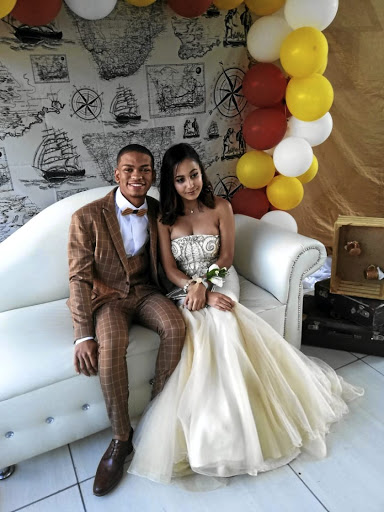 Jade Pailman, left, had a pre-party that was topnotch.

The new trend of asking someone to be your matric dance date is to go big or go home, and like a wedding proposal, kids are pulling out all the stops.

Keisha Johnson says her school doesn't allow partners but she still needs someone to take pictures with her and join her at the after-party.

"I knocked on his door, gave him a letter asking him to be my date. Obviously, the rock with word 'no' was too big to pick up, so I knew he'd choose the smaller one," she says.

A few years ago, the now popular Thulasizwe Dambuza found a unique way to ask a fellow pupil to be his matric dance partner. He posted a video that went viral as he went down on one knee and presented the girl with a large bouquet of flowers. She said yes to a chorus of cheers from fellow pupils.

In another viral video, singer Nhlanhla Nciza's son, Nkule, hung out the sunroof of a fancy Mercedes-Benz surrounded by screaming school kids as he approached his potential matric dance date.

Classic cars and venues for the gram 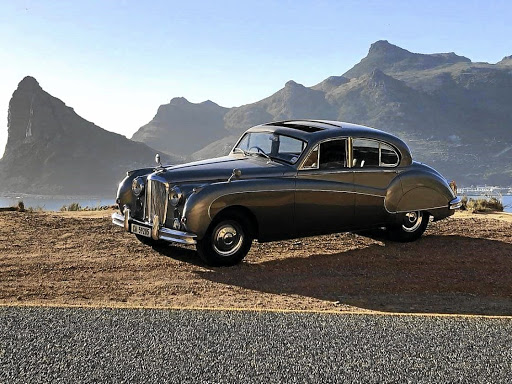 Rolls Royce, Bentley and Mustang are the most requested cars. / SA Classics

"Most wanted the cars just for picture purposes. On occasion we would send a driver to make extra cash to drive the couple to and from the venue.

"The Impala was quite popular and we would hire it out at a cost of R7,500 plus insurance cost carried by the person hiring," said Tucker, who has since closed shop.

Frederick Kotze, managing director for SA Classics, says the hire of classic cars for matric balls has become huge business for them.

"Our pricing varies and is tailor-made for each specific trip. It depends on the specific car, the hours you want to book it for, the distance the vehicle has to travel," he says.

"All vehicles booked via our website come chauffeur-driven. Pricing can be anywhere from about R1,500 to even up to R20,000."

Michelle and Richard Oosthuizen are the owners of Rich Photography in Johannesburg, who once specialised in weddings. But now they make matric shoots look like fairytales.

"We basically do the couple shoot before they head to the farewell. I would suggest an average price of R3,000. We use unique lighting styles similar to a professional magazine shoot and zero props.

The shoot takes place at a venue chosen by the matriculant. From fields to hotels and boutiques and even at their own home.

"We only take one shoot per school and get about eight to 15 matric shoots a month," says Richard.

He says a shoot that was especially magical was of a girl called Taahira who chose The View Boutique Hotel as her shoot venue.

Photographers note that the request is to process fast so students can post to their Instagram accounts immediately.