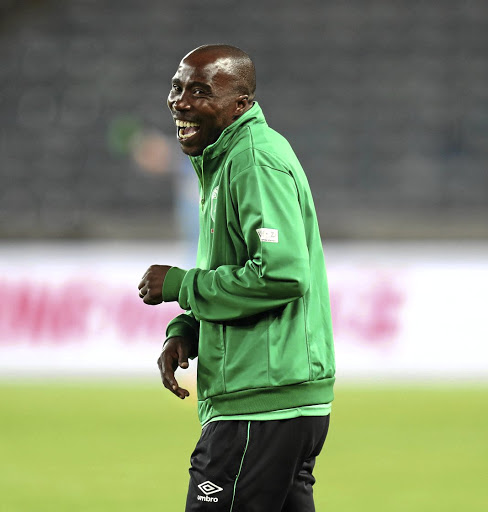 Retired soccerite Siyabonga Nomvethe has won many awards on and off the field of play.

His dedication to the game and developing others has seen him receive an honorary doctorate in sports from the St Paul Bible Institute on Tuesday.

The former AmaZulu striker resigned from the team after the 2018/2019 season at the age of 41. He played a total of 82 matches for Bafana and scored 16 goals. He is one of only four players to have scored 20 or more goals in a season alongside Pollen Ndlanya, Collins Mbesuma and Lesley Manyathela.

Nomvethe says he was surprised by the St Paul Bible Institute four months ago when they told him they wanted to honour him with the doctorate.

"I was extremely excited [and] nervous when they called my name from the list to come up on stage," says Nomvethe.

The KwaMashu-born soccer star says he started playing soccer under James Cosmos at the dawn of democracy in 1994.

He was still in high school and moved on to play for the Sabatha Football Club and Claremont Blizzards.

He was widely known when he started playing for African Wanderers in 1996 before he moved to Kaizer Chiefs in 1998 and Moroka Swallows in 2009.

He played the 2002 and 2010 Fifa World Cups for Bafana Bafana, and was recognised internationally when he played for Italian club Udinese and Danish club Aalborg in 2006.

The internationally acclaimed star decided to call it quits when he retired from AmaZulu last season, which he had joined at the beginning of 2016.

Although Siyabonga Nomvethe (41) has no immediate plans after retiring as a footballer following a glittering top-flight career rcently‚ he says will ...
Sport
2 years ago

He says the doctorate was his second celebration with his family this year after his recent achievement when he received an Absa Premiership award at the Durban International Convention Centre.

This called for a lunch celebration with his family.

But he explained that his work in football was never in vain as he had been recognised a few times before.

"[I have won] player of the year twice, top goal-scorer, played in the Champions League in Europe and won a league in Europe," he says.

When asked how he managed to stay on the soccer field until he was over 40, Nomvethe says he forever stayed humble, respected his passion and stayed dedicated to working on his soccer craft.

"To the youngsters out there, there are only three things that they need to focus on - to believe in themselves, to never give up and to always be confident regardless of your background," he says.