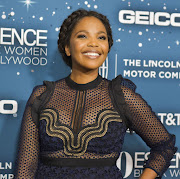 The company, which is based in Saint-Imier, Switzerland, offered the Tsotsi actress a long-term contract and a luxury wrist timepiece this week.

Sunday World understands that Pheto, who has been the company's "friend" and attended its events for gratis, will in future be paid an appearance fee when she does so.

Pheto refused to disclose the price tag of the watch nor the amount that the company was paying her to endorse its luxury pieces.

"The information is still confidential, but I'm extremely honoured to have been hand-picked to join the Longines family as family member.

"The company works with personalities in different capacities," she said.

Pheto, who is currently in France, further said the company's decision to choose her was an indication that her hard work is beginning to bear fruits.

"It's a testament to the career I've built over the years and how I approach my business endeavours, that on an inter-national level, brands of this magnitude want to collaborate with me.

"I have had the chance to visit Longines' headquarters in Switzerland, discovering the company's fascinating history," she said.

"Collaborating with a brand that has been around for such a long time is a tremendous responsibility, but also a great opportunity."

Longines was founded in 1832 by Auguste Agassiz.