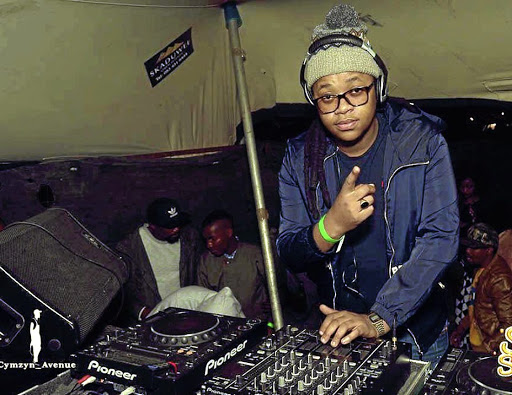 Gaba Cannal on the decks entertaining an audience.

VigroDeep whose real name is Kamohelo Phetla is the youngest producer of this subgenre and often pumps the dance floor.

He began his entertainment career as a dancer when he was only 10, but at 14 he fell in love with rapping before venturing out to production.

Now, aged 17, Phetla is one of foremost producers of the amapiano subgenre.

He is also the son of Victor Phetla, a member of house music group, Godfather.

The Black Power hitmaker from Atteridgeville in Pretoria, said he always loved music but didn't want to do exactly the same thing his dad was into.

He produced a killer hit-song, Untold Story but says because the genre was fairly new, a fan got hold of it, shared it under a false name and renamed it to Locked Tune.

The song will, however, be released officially on June 1 under its original name. He attempts to explain his passion: "Amapiano is rich in [crude language], but I do not fall in that circle. I prefer instrumental or clean lyrics that inspire happiness."

About the future of amapiano, he says: "One thing people need to understand is that we are actually here to stay."

Another young exponent is Gaba Cannal, who's recognised for his semi formal attire, says his sound aims to bring relaxation to people's lives.

He describes his tracks as soulful amapiano ideal for a Sunday chill vibe.

The DJ, whose real name is Khaka Yena, also plays the piano, which he learnt to play at church as a young boy.

The instrument influenced his career as a musician. .

He started out as hip hop producer initially and took on amapiano in 2014 full force..

"Amapiano is a genre that speaks to you emotionally with smooth rhythms and elements," says Gaba Cannal.