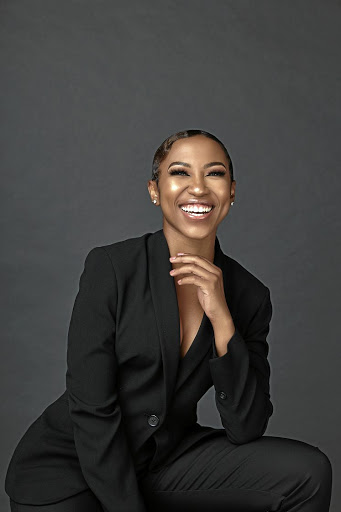 Tumisang Voster has bounced back with her own entity.

After being fired from Universal Music, former 5fm radio presenter Tumisang Voster has picked up the pieces by focusing solely on entrepreneurship and empowerment of young women.

In February, Voster was shown the door of the music company, where she was a marketing manager, for allegedly being "too much of a celebrity" but has since found refuge in her start up business called GRL PWR Productions.

The 29-year-old marketing and communication graduate from the University of Johannesburg, said her focus now was to grow as an entrepreneur and help others through her empowerment series called the GRL PWR Series.

The first edition of the series kicked off last August and was aimed at "building a confident powerful woman who is able to conquer the world," she said.

Voster, who is reeling from her dismissal, said now that she has more time on her hands, she is focussing on guiding women from all walks of life through her series that offer interactive workshops.

"I am focusing on building something that is of my own and growing it.

Journo turns herself into a vagabond to chronicle Africa

Living her wanderlust for the continent
Lifestyle
3 years ago

"My business is my main focus and I still do other work on the side here and there."

A statement released by her manager, Sibusiso Dube, confirmed her dismissal but disputed the termination of her contract was because of the said speculations.

"Ms Voster is no longer employed by Universal Music after parting ways amicably with the company pursuant to her fixed-term contract of employment reaching its termination date on 28 February 2019. She was not dismissed for being 'too much of a celebrity'," he said.

The next event is set to take place at Hyde Park's Southern Sun on May 25.

Voster has also kept herself busy through an endorsement deal with Shield that promotes fitness. Universal Music did not respond to our media enquiry.