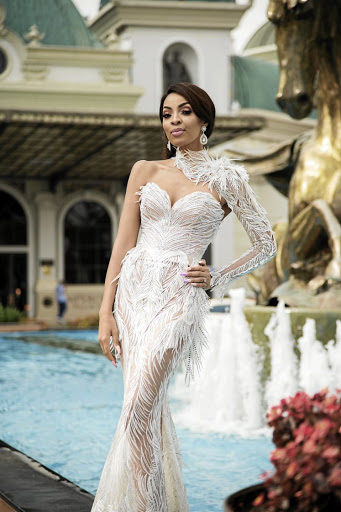 Rikhotso, 33, has entered numerous pageants including Miss SA in 2005 and 2011, where she came in as second runner-up and then first.

The 33-year-old model from Polokwane in Limpopo also bagged the Miss Earth title in 2008.

"For me it's much more than beauty contests. It's about giving back to the impoverished communities and creating opportunities for what I advocate daily. Once, a security guard told me he quit his job to go to university as he was inspired by my story. It's stories like those that make me want to create change, however small," she said.

The married mother of one, who works as a sourcing strategist for petroleum giant Sasol, said her motto was that "you don't have to swap your apron for your power suit".

"As women we can do it all. We don't have to sacrifice one thing to conquer the other," she said, adding that her daughter and husband Douglas will join her in the US.

As the founder of the Matapa Foundation, she is passionate about environmental issues, women empowerment and hopes to be a thought leader on femininity and womanhood.

She will be dressed by several designers from the time she arrives in the US until May 4, when the pageant takes place at Westgate Las Vegas Resort.

Orapeleng Modutle, Antherline and Biji La Masion de Couture are some of the designers who will be dressing her.

Siba Mtongana: All she touches is SIBAtastic!

"It was the longest and most depressing nine months of my life," she says.
Lifestyle
3 years ago
Next Article