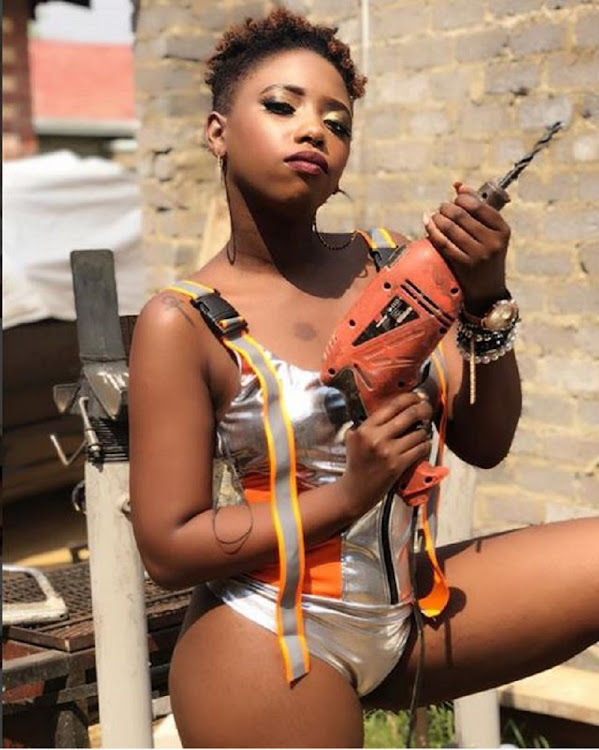 The kasi of Rockville in Soweto will be rocked by the booming sounds of hip-hop when some of Mzansi's top female rappers take the game to their male counterparts next month.

Never seen before on these shores, The Gigi Gang Show, a vision of crafty rapper Gigi LaMayne, is set to blow away fans at its inaugural event to be held at Elkah Stadium on May 4.

Gigi LaMayne, in partnership with lit producer Miz Brown Msimanga, curated the show with the objective of giving women rappers the opportunity to show that they can hold their own against their male buddies if given the chance to showcase their talent.

As a result, the Bozza hitmaker, born Gabriella Manney, said the show will be headlined by six of Mzansi's hottest MCs including Fifi Cooper, Nadia Nakai, Nokwazi, Mpumi, Rouge and Moozlie.

It does not end there - Gigi and Miz Brown have also secured the services of veteran entertainers Celeste Ntuli and Khanyi Mbau to make a special appearance.

However, the line-up has also been spiced up with male performers that Gigi believes should be honoured for the roles they have played in helping with the development of female rappers in the country.

Kwesta, Khuli Chana and Zakwe, among others, will be the male acts that will support the event. Some of hottest DJs in Mzansi including Zan-D, Sabby and Clock have also made the cut.

"A lot of male hip-hop artists have their own shows, an example being Cassper Nyovest, who has his own #FillUp. Such shows are usually dominated by men, but this one is by women.

"The show seeks to inspire young, aspiring female rappers and singers to pursue their dream in the entertainment industry and not think that women have slim opportunities in music.

"The male figures were carefully chosen ... [they] have done something in their lives to contribute to women success.

"Kwesta is the founder of RapLyf Records and he signed Thabsi, who is now doing great. Khuli Chana was responsible for my first single ... he basically developed me," she said.

Gigi said she was warmed by the reception of the idea by all involved, including the corporate world. "After I started pitching the idea to people I was so fortunate that many wanted to come and work with me. I am so glad to have bagged so many sponsors, including one which secured a three-year deal with me," she said.

Msimanga said they started organising the event in December last year and preparations have been going well.

"This project means a lot because it's a women united [event]. The feedback and the support we are getting from people is amazing," she said.

Fifi Cooper said she agreed to perform at the event without thinking twice because she felt it was the best opportunity to unite women in hip-hop.

"It's great to unite women in hip-hop and have them sharing a stage. This was not the first time I did such a show, I performed at the Castle Lite Hip-Hop Her Story last year, but I was still too excited for this event," she said.

Nadia said she could not wait for an invite and rather tweeted Gigi to ask to be in the show.

"This was a dope idea, we keep talking about taking SA hip-hop forward and this is one more step, especially for women," she said.