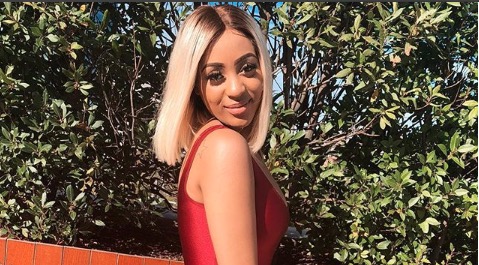 One of Mzansi's top rappers, Nadia Nakai, is about to take her craft to the next level as a pioneering voice in African hip-hop.

Nakai, real name Nadia Kandava, was recently announced as a co-presenter of the re-invention of the iconic hip-hop show YO! MTV Raps Africa.

The show premieres on MTV Base on Thursday and will see Nakai alongside another hip-hop walking library and TV presenter Siyabonga "Scoop" Ngwekazi.

"We are not just there to be a pretty face . we are just as capable as the men, not just about performance and making music, staying relevant and [in our] consistency but in our thought and what we can contribute," said the 28-year-old rapper.

She said she would like to remain an important part of the movement that grows the hip- hop culture on the continent.

"I know hip-hop's potential and I know where it can go. I think that a lot of people need to pioneer it and push it with me," she said.

The rapper and songwriter said she was nervous about this presenting gig.

"The show is very big ... There are some things that I thought I understood that I actually did not know, especially with how hip-hop in Cape Town is different from here [in Johannesburg].

"I felt like, 'damn, there is a whole market that is part of hip-hop that I didn't know existed'," she added.

The show was known as the home of street culture and represented what the millennial generation wanted.

I'm more than my body, singer says
Entertainment
2 years ago

A sneak peek of the first episode features Kwesta, Riky Rick, Sho Madjozi and YoungstaCPT and includes special segments that tell stories about people and trends in the local hip-hop scene.

"I thrive on mastering the industry I am in. I want to learn a lot as well as being an opinion leader in the industry.

"I know how we all preach that women have to work 10 times harder to get the recognition and women have to break more barriers than men. I don't want that to be my narrative."

About working with Ngwekazi, she said: "I was very nervous about how we were going to feed off each other. I was nervous in the sense that I had to keep in the back of my head that I shouldn't allow him to overshadow me because he is so dominant and powerful, strongly opinionated and respected."

She told Sunday World that filming the first episode could have easily turned bad but she was able to hold her own.

- YO! MTV Raps Africa premieres on Thursday at 6pm.