Trans weddings in Japan: forced surgery before ‘I do’ 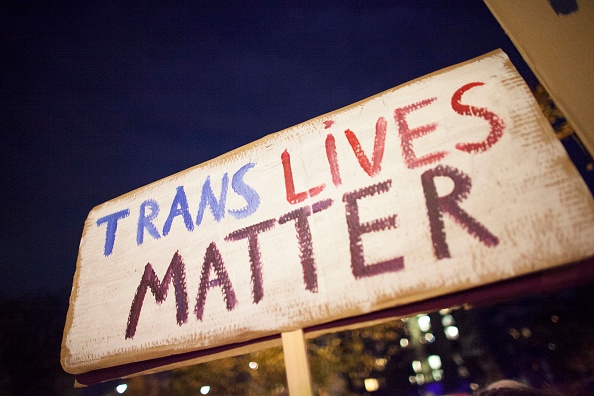 For Tacaquito Usui to marry his partner, Japanese law first requires him to undergo sterilisation surgery and be diagnosed with a mental disorder because he is transgender.

Usui, who lives with his partner and stepson after coming out as trans five years ago, lost a three-year legal bid to change the rules in January. “If I don’t get operated on, I cannot change sex and cannot get married,” the 45-year-old farmer told the Thomson Reuters Foundation, from his home in western Japan’s rural Okayama prefecture. “I don’t need this operation to become a man — I am a transgender man ... For my family, maybe one option is going to another country to live.”

The United Nations has condemned mandatory sterilisation to legally change gender as a human rights violation and a growing number of countries allow gender recognition based on self-identification rather than medical procedures.

The World Health Organization (WHO) stopped classifying trans people as having a mental illness last year, in a change hailed by activists as a major breakthrough in ending stigma. The WHO now categorises incongruence between a person’s experienced gender and assigned sex as a condition related to sexual health, which can lead to a desire to transition through hormonal treatment or surgery.

Usui began attending a gender clinic and taking hormone treatments in 2014. Initially surprised, Usui said friends and neighbours accepted his decision to live as a man once the situation was explained to them — but his government did not.

“They have to change the system so that transgender people get the same rights that other people have,” he said. “We are the same — human.” The Japanese prime minister’s office did not respond to an emailed request for comment.

Transgender people are finally being recognised in popular culture. But for the average trans person in South Africa, access to healthcare is still ...
S Mag
2 years ago

Japan’s LGBT+ laws are relatively liberal compared with many Asian countries, with homosexual sex legal since 1880. But being openly gay or transgender remains largely taboo, which means that reliable data is hard to come by, gender experts said.

“It is very difficult for transgender people to be open and accepted in society. There is also no system or law to protect LGBT people from discrimination or harassment,” said Kanae Doi, Japan director for Human Rights Watch in Tokyo.

“It is very difficult for Japanese people to know that they are living with trans people because they are underground.” Although violence is rare, few people understand what it means to be trans, so those who do legally change their gender often choose to blend in and adopt a quiet life, said Doi.

Under Japan’s 2003 Act on Special Cases in Handling Gender Status for Persons with Gender Identity Disorder, trans people must first be diagnosed as experiencing distress related to the clash between their identity and assigned sex. They must also be unmarried, over 20 years old and not have children under the age of 20, LGBT+ activists said.

“It is dehumanising the way that they expect trans people to go through all those steps to get their legal gender changed,” said Joe Wong, executive director at the Asia Pacific Transgender Network in Bangkok. Finding a clinic to get a diagnosis of gender identity disorder is not easy, especially outside the capital Tokyo, and can be lengthy, expensive and intrusive, trans activists say.

“The whole process of changing your gender in Japan is heavily medicalised,” said Yuko Higashi, a sexual health and gender expert at Osaka Prefecture University, adding that it is wrong for the state to tell you “what to do with your body“. “It is a basic human rights issue — reproductive health and sexual rights — and goes against everything.”

In addition to lobbying for Japan to follow in the footsteps of countries like Norway, Ireland and Portugal and allow self-determination, campaigners also believe legalisation of same-sex marriage in Japan would make life easier for trans people. “Marriage equality will be a key to many transgender people because transgender men often get surgery to marry their girlfriends,” said Mameta Endo, a transgender man and founder of Niji-zu, an LGBT+ youth support service in Japan.

In February, 13 same-sex couples filed suits in at least four Japanese cities, claiming the government was violating their constitutional rights by not allowing them to marry, in a bid to become the first Asian country to allow gay marriage. Although Japan’s Supreme Court rejected Usui’s argument that the gender identity law was unconstitutional, it did note that it impinged on the freedoms of trans people.

Usui and other LGBT+ campaigners now hope this could be a first step towards change. “In Japan there are two categories: men and women,” he said.“People do not realise that another category is transgender.”