Rachel Kolisi not alone in scrum 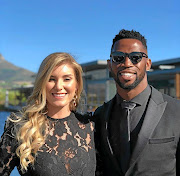 Rachel Kolisi with her husband Siya.

Rachel Kolisi may have trended for the wrong reasons when she took on a mystery woman she says was hitting on her husband via social media, but she is not the first celebrity wife to defend her man against all odds.

Kolisi, the wife of Springbok captain Siya Kolisi, once again found herself in a sticky situation with one of her husband's female fans.

Kolisi made headlines on Monday after she posted a video on her Instagram page, calling out a 23-year-old Cape Town fitness model after she allegedly sent her husband a racy photo on Instagram. She has since deleted her account.

This was not the first time Kolisi had called out women to stop crushing on her husband. In 2018, Kolisi called out a Twitter user who described her husband as a "Whole type". Kolisi quickly reminded the woman that her husband was married with four children. Kolisi also took on a TV presenter after she said the presenter encouraged her friend to date her man.

While the public is divided over her actions, with some lauding her for defending her marriage and some condemning her for cyber-bullying the woman when she asked her legions of fans to track her down, other celebrities have also publicly defended their men.

In 2018 actress Enhle Mbali Maphumulo, wife of internationally acclaimed DJ Black Coffee, spoke out for the first time about the alleged infidelity in her marriage that made headlines a few years ago. 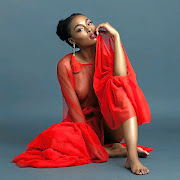 K Naomi, above, and Omuhle Gela fought over Lunga.

Maphumulo asked a room full of women and men at a summit: "How do we as women stand here all month and salute ourselves for all this power when we cannot say on a simple situation that a sister did you wrong?"

This after her husband allegedly had an affair with businesswoman Pheladi Makola.

In 2013, when Bonang Matheba was still in love with popular club DJ Euphonic, it was reported that Queen B had a cat fight with 5FM DJ Poppy Ntshongwana in Ibiza over her alleged closeness to Euphonik.

In 2015, the claws came out between Omuhle Gela and K Naomi on Twitter over Lunga Shabalala when K Naomi told Gela that she was free to have the hunky presenter now that she was done with him.

Gela tweeted a quick clap back when she said: "Clearly you lacked something... not my fault."