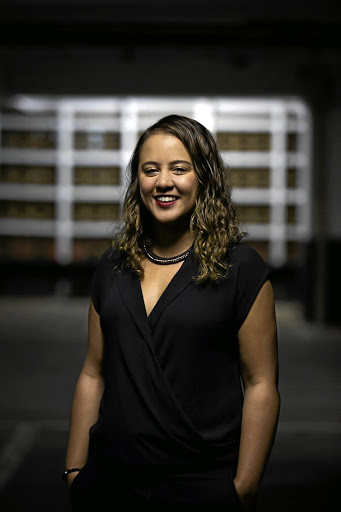 For Layla Swart the sky is the limit.

Having produced some of SA's biggest films at only 31 years old, Layla Swart aptly calls herself a hustler. She has achieved what most young creatives can only dream of and was crowned this year's Safta Youth Achiever winner two weeks ago.

The co-owner of Yellowbone Entertainment production house says her job description is to problem-solve, money-hunt, manage creatives and hustle to make the SA film industry a success!

"I would like to be a part of what I term the golden era of South African film and television, and to contribute in whatever way I can to the tapestry of the South African narrative. On the day-to-day I am filling in forms, pitching projects, begging financiers, explaining myself to bonders, borrowing from Peter to pay Paul and dreaming up grand visions and empires for the future. During productions I am not sleeping and it's crazy," she says.

Swart says winning the Safta is affirmation that she's headed on the golden path.

"I am eternally grateful to Ster-Kinekor for sponsoring this award; the youth's vision is the DNA of the future - salute to them for acknowledging this."

Born in Penlyn Estate in Cape Town, Swart says she had to move around quite a bit as a child, but always knew the hardships would solidify her dreams.

"Every aspect of one's life prepares you for what's to come. Growing up in a time of revolution, experiencing the effects of my family's displacement from District Six to the Cape Flats and grappling with issues of identity has defined my sense of self today.

"From Cape Town I moved with my mother to Melbourne, Australia and after that we moved to Durban where I completed high school. I value the adaptability this has given me. I have been exposed to a variety of different cultures and perspectives, which has helped me relate to people with empathy," Swart says.

Thebe Magugu: Born for and with fashion

She always knew she would be a storyteller of sorts, having always been surrounded by artists. "My mother was a dancer and most of my closest friends were actors, writers and directors. Growing up as an only child in my household, films became my companions and shaped how I viewed the world and myself in it.

"I was 12 when I first saw episodes of Dawson's Creek and the main character wanted to be a movie director. This was the first time I could express the desire properly and my first instinct was that I wanted to see my world on screen."

Her first job was as a runner on the Elan Gamaker film Visa Vie, when she was only 18 years old. "I owe a lot of my initial growth to Amr Singh and Shukri Toefy at the Fort and to Akin Omotoso of Rififi Pictures, all of whom gave me the opportunity to work on professional productions between the ages of 19 and 22," says Swart.

In 2016 she partnered with Jahmil XT Qubeka, and her vision to develop their production house focusing on authentic but globally accessible South African content came to fruition. She has produced and edited three films under this company - Xhosa sci-fi movie Stillborn, Sew the Winter to my Skin (which was chosen to represent SA in the Best Foreign Language Film Category of the 2019 Academy Awards), and boxing film Knuckle City.

Her next film, Valedictory, where she is also directing, is scheduled for production next month.