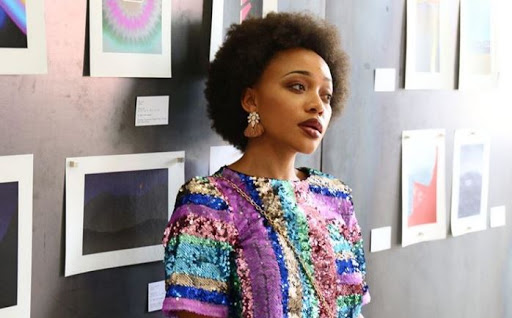 Media personality Thando "Thabooty" Thabethe conquers love as she plays a role of a jaded romantic, whose quests for a prince charming leaves her delusional about the idea of true love.

Thabethe, 28, who called off her engagement to businessman Frans Mashao after allegations of cheating surfaced, is now the leading lady on the big screen.

She will star in an upcoming local rom-com Love Lives Here as Zinhle Malinga.

She said: "As much as Zinhle is a bit shy and nerdy, she's also very strong willed and confident, that's how I see myself, and that's where I related with her most."

"Can we not be an entitled generation waiting like 'it’s my turn now' Get it! It’s not coming to you!"
Lifestyle
2 years ago

Like most successful young women, Zinhle is ready to settle down but is yet to find a man who wants the same thing.

Thabethe said working with Gumbi, Radu and the other cast members was an "organic experience".

"I think we all brought the best out of each other. Everyone came to the table and delivered their best performance. I also think our chemistry was quite organic."

Thabooty, who is currently in Mexico with 5FM, told Sunday World that the public will have to wait a little longer before she announces the new man in her life.

"I honestly feel that I'm not obligated to share any part of my personal life with the public. When I do share, I'm mostly doing that for me or the people that I love. It just so happens that everyone else will see it on social media," she said.

She said she had been busy over the last few months since she capitalised on her sexuality by launching her underwear and shape wear line called Thabooty's.

"I believe that women have it hard enough in the world and at the very least, we deserve underwear and shapewear that is comfortable and makes us feel sexy.

"We now also have a swimwear range that's about making sure women feel comfortable and confident in their bathing suit," she said.

The much-anticipated film Love Lives Here comes out in cinemas on April 5.