AKA slams 'woke' Twitter activists for all talk & no action 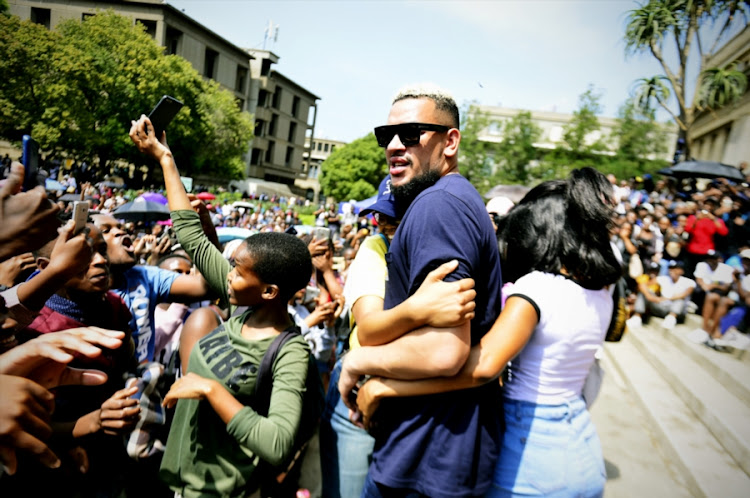 AKA hit back at a troll who questioned his motives for donating money to Wits University students.
Image: Gallo Images / Daily Sun / Lucky Morajane

A series of tweets by AKA shows the rapper has learnt the hard way that no matter how much you think you’ve helped people, it will almost always never be enough, like when he was accused of offering Wits students help as a publicity stunt.

The rapper, who has been unusually quiet on Twitter this week, returned to find a tweep who had some strong opinions about his R100k donation to Wits students in February.

“These days, AKA really feels like an activist. And we allowed that. Witsies hyped him when he donated a R100k in a huge publicity stunt that made him look like a good person when in reality, it did nothing for our cause for free education and did everything to boost his ego,” the tweep said.

The young tweep, who calls herself @solamibuthelezi, shared a lengthy thread about how AKA wasn’t genuine and how he basically did everything for media attention.

But AKA did not take the comments lying down and hit back. First, he let her know that he followed the right channels and communicated with the right people before he donated his money.

“Nobody ‘allows’ or disallows someone from being an activist. In my opinion, activism comes from a sense of responsibility and compassion for your fellow human being. Everyone and anyone can be an activist. If they are active… ”

I had the endorsement of the LEADERSHIP of the democratically elected SRC at WITS ... i did what I did standing NEXT to the PRESIDENT of the SRC. So which leadership are you referring to, and since you have so much to say ... who do YOU represent? And at what level? https://t.co/Anbvsd8AMU

The aim was to inspire others in my position and leaders in our own communities to do the same ... or to at least do something. If you want to blame me for not fixing the issue of free education for all ... I’ll take it. https://t.co/ddue4QL04t

After going back and forth with the tweep for a while, the rapper decided to let her be, as it was clear she wasn’t backing down on her beliefs.

Hayi no ... let me crawl back into the shadows. I feared this is what would happen. People are never satisfied. I will try and help in my own little way from now on. ??

AKA also shared his thoughts on the outrage over domestic abuse, which has hogged headlines ever since a video of Babes Wodumo allegedly being slapped several times by Mampintsha went viral on Monday.

He said the long-term solution to erasing domestic abuse had nothing to do with women and actually required men to fix themselves up and act right.

The rapper didn’t mince his words when he encouraged men to be at the forefront of stopping domestic abuse by fixing themselves and uniting to protect women and children.

The solutions to the issue of domestic abuse actually have nothing to do with women.

Forget women speaking out and marching and shit .... when it comes to domestic violence ... what can women do? Nothing. It’s MEN who have to unite to protect our women and children. After all, we are the perpetrators.

If y’all so outraged why don’t you get up off your asses, go March to radio stations, go to musica’s ... go to RISA and demand they take this animal’s music off the playlist, off the shelves, off the TV ... but no ... you want to tweet and sound woke and shit.