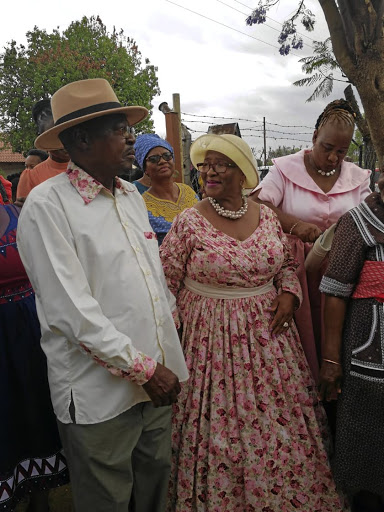 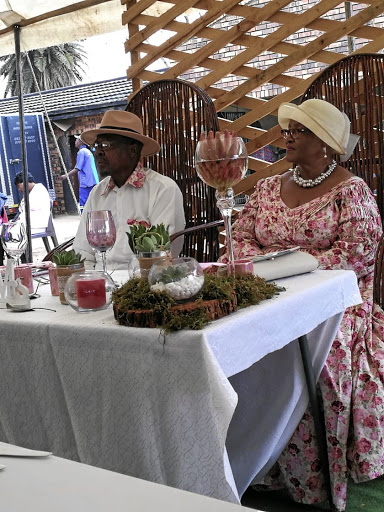 As we celebrate the month of love, this recently married couple remind us that it is never too late to find love.

Mmathipe Khoele, 67 and George "Ponti" Khoele, 71, are living proof that the love bug can bite any time and anywhere, irrespective of age.

The lovebirds from Hammanskraal, north of Pretoria met at a funeral in 2006.

Khoele, a retired school principal, says he was smitten with Mmathipe the moment he laid his eyes on her.

He says it was during his uncle's funeral when Mmathipe's radiance caught his attention.

"Her beauty attracted me and for a moment I forgot that I had just buried my uncle."

For Khoele, it was love at first sight, but Mmathipe, a caterer, was not ready to love again. She had just come out of a bitter divorce and wanted nothing to do with men.

She gave Khoele a tough time as she spurned his advances, but he did not give up on her.

He pursued her for a year before she could relent to his love proposal.

For Lekhoele to win her heart, he had to produce his divorce decree and identity document as demanded by her to prove that he was not married.

"I wanted solid proof that he was a divorcee because I did not want to be a marriage wrecker," says Mmathipe.

"I also wanted proof that he was not younger than me, the reason I demanded to see his identity document," she adds.

Mmathipe, a mother of three and grandmother of four, says she was humbled by Lekhoele's patience and honesty.

"For pursuing me for such a long time and producing those documents earned him a special place in my heart."

Lekhoele says when he met Mmathipe, he did not only find a wife but a companion because he had been a lonely man for 10 years.

The couple say they dated for six months before they could break the news of their relationship to their families.

Initially, some of the family members were against it.

"My last-born daughter was dead against it and did not want to hear anything about it", says Mmathipe. Love conquers all and with time, their true love changed the hearts of family members who accept their romance.

Mmathipe says after a courtship of almost 12 years, Lekhoele proposed marriage to her under a tree.

"Yoh! We were sitting under the tree when he casually told me that he wanted to marry me. There was no ring, no kneeling down.

"At first I was stunned, I thought he was joking, I could not imagine an old woman like me walking down the aisle, but the thought of spending my life with George made my heart sing. I agreed to be his wife."

The lovely couple then went to eSwatini for their honeymoon.

"I love my husband very much and I cannot imagine my life without him," says Mmathipe.