Through Motheo Moeng's lens: Cinematographer won awards for his work 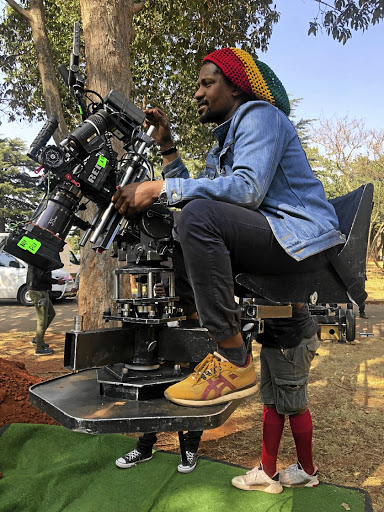 They say a picture speaks a thousand words.

What would films be without the brilliance of cinematographers?

Motheo Moeng has the exceptional skill of bringing pictures to life, evoking emotions like sadness or joy through a camera using lighting, lenses, camera movement and composition. He brings the director's vision to life when telling a story through film.

He is also a member of the SA Society of Cinematographers.

"Whenever I watched films and saw ASC or BSC at the end of my favourite cinematographers' names, it made me want to have those letters at the end of my name too. When I received the email in 2017 to be part of this exclusive society, it was a little affirmation that I am indeed on the right track. For the longest time it wasn't reflective of the country and for the first time that year they invited two nonwhite people to join," explains Moeng.

Born in Gugulethu, Cape Town, the 33-year-old reckons he would've been an outstanding soccer player, if he didn't discover cinematography.

"I reckon I could've played in the biggest stadiums and with the best players in the world. For the longest time, I wanted to be a soccer player. Growing up that seemed like the most logical way of progressing and getting out the hood. There was a guy who lived [near my home] called Thobela Bikwana, the star of Gugs, and his older brother owned the football club I played for as a kid. I wanted to represent my country the same way he did."

But always being intrigued by imagery he went on to study photography.

Apart from hosting Morning Live for almost 15 years, Leanne Manas has written a book, summitted Kilimanjaro and now represents SA as a goodwill ...
Lifestyle
3 years ago

His very first film was Skyf in 2010 - a story about addiction which started out as a PSA (public service announcement) about anti-cigarette smoking that developed into a feature film.

"A little Canon camera called a 5d Mark 2 changed our lives. We were able to get into small spaces, shoot unnoticed and still get HD footage with minimal lights. We went out into the streets of Yeoville and created a little cult classic," he says proudly.

Moeng was raised by his grandmother and later moved to Pretoria to stay with his mother.

"My gran was extremely strict and noncompromising. Vincent Moloi, a director I worked with, always referred to my sensitivity and personality as amongst the reasons he worked with me. But it's as a result of being raised by my mother and grandmother."

His recent work is the successful local film, Matwetwe.