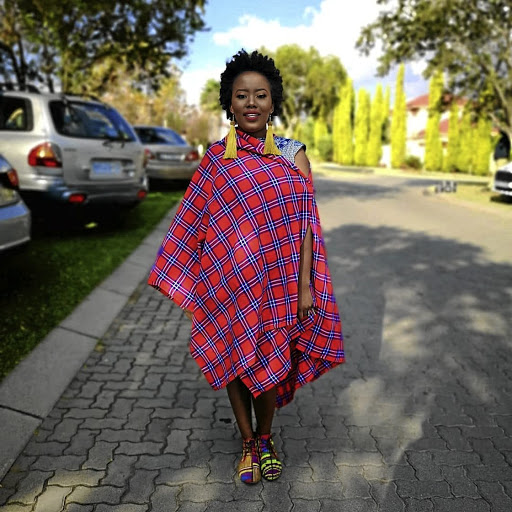 The 947 radio deejay is well-known for her sexy hoarse voice on radio and will soon be on our screens from March 2 on the weekly one-hour show at 4pm. She said she was recruited to host the show in November last year and she quickly grabbed the opportunity with both hands.

"I got a call around November and after agreeing, I was asked to send my bio and first week December I started meeting the team and they are very exciting people to work with," she said.

Miss Pout said the show has a different set from other South African lifestyle TV shows and they will not be focussing on discussing "tweets and celebrities" but rather ordinary people's social media interactions.

"We won't only discuss the usual, such as social media and the big (names) in the country. We (will) look at everyday people who never have their stories told.

"We help in every way we can like helping students without enough funds to pursue their dreams.

"We talk about personal issues like the Sophie Lichaba cyber bullying, (to) relationship advice and, but not limited to, abuse in public," he said.

Alongside Miss Pout will be Sophie Lichaba, Jarred Doyle and Francois Louw, who Monchusi said would all be granted an opportunity to share their own stories with the public and prevent similar situations from happening.