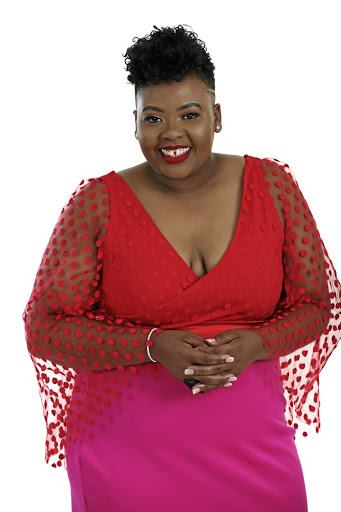 Anele Mdoda to grace the Oscars and share the red carpet with the big stars from Hollywood.

Vibey presenter of The Voice, Anele Mdoda, will be representing Mzansi at the Oscars this month as she takes on the red carpet.

She won't reveal too much on what she will be wearing but guarantees that it will be mesmerising. Mdoda has chosen her trusted designers, Juan William Arity and House of Fabrosanz to design her main gown and after party casual wear.

"Sonnyboy (hairstylist) and I are seriously considering dying my hair, but we will keep it short," she gushes as she braces to meet Hollywood's biggest stars.

She says this is a major achievement in her career.

"It is the biggest awards show in the world. I love movies, and anyone in entertainment wants a place at the Oscars," says Mdoda.

Mdoda, who could also succeed as a stand-up comedian, is infectiously funny and entertaining in all that she does.

She is looking forward to meeting Rami Malek, who may win the best actor Oscar for Bohemian Rhapsody and Mahershala Ali, the Best Supporting Actor for Moonlight in 2017 nominated again this year.

"He was simply sensational in Green Book. Bradley Cooper who starred in and made his directorial debut in A Star is Born, Glenn Close, and naturally the entire Black Panther cast," she says.

But the person most worthy taking a selfie with is Denzel Washington, says Mdoda.

"The trick there is to talk about his wife - he loves his wife!" she jokes.

She also plans to meet Taraji P Henson who stars in What Men Want?

A huge Beyonce fan, she hopes to see Queen B also strut her stuff down the red carpet. "She does not do red carpets anymore, but hey. 2019 is bringing some curves, so who knows?"

Mdoda, 34, has certainly fought to have her name among the stars, from a mere radio host to a sought after presenter.

She started her DJ journey at the University of Pretoria in 2004.

She and co-host Grant Nash became an instant sensation and were poached by 5fm. Mdoda scooped the MTN Radio Award for best daytime show in 2012, and an SA Film and Television Award for best radio personality.

The single mother of one then saw her television career take off when she hosted the M-Net docu-reality series Dream School SA in 2013. She also began co-presenting the SABC3 talk show Tongue in Cheek the same year, and launched her very own daytime talk show, Real Talk with Anele on SABC3, three years ago.

She also published a book in 2012 titled It Feels Wrong to Laugh.

Her confidence to pull off fashionable looks, even as a plus-size woman, saw her win the most stylish South African of the year gong at the SA Style Awards in 2012, the same year she rejoined 947.